A White House with a green agenda was widely criticized Wednesday for tacitly calling for more crude oil production. 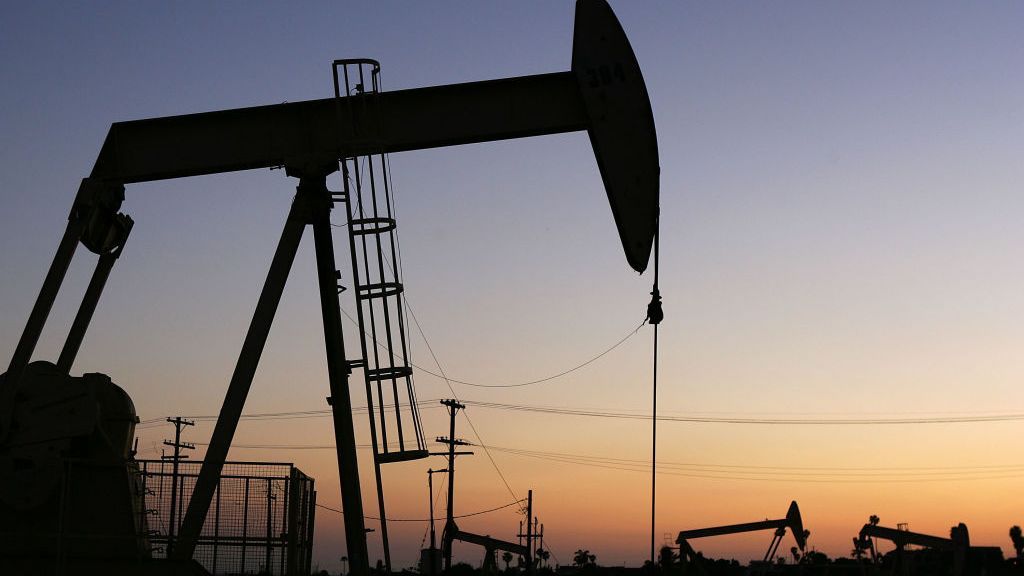 Federal data indicated demand for petroleum products in the U.S. is finally slipping, but analysts told Zenger market focus on Wednesday was squarely on White House statements on energy prices.

The U.S. Energy Information Administration, part of the Energy Department, provides weekly data on commercial inventories of crude oil and refined petroleum products such as gasoline. Broad-based gains are usually indicative of lackluster demand, while the opposite holds true for declines.

The data showed commercial crude oil inventories declined approximately 400,000 barrels from the previous week, and remain about 6 percent below the five-year range for this time of year. While modest, it shows the appetite for oil remains strong. Net exports, meanwhile, increased, while imports of crude oil declined.

Total motor gasoline inventories also declined and are about 3 percent below the five-year range. But the total amount of refined petroleum products supplied to the market, a loose barometer for demand, remains stuck at around 20 million barrels per day. While above pre-pandemic levels, that suggests demand is more or less standing still mid-summer.

Phil Flynn, an energy analyst at The PRICE Futures Group in Chicago, said the report was not all that exciting, though demand in gasoline does appear to be waning.

“Production ticked up a little bit, though the increase isn’t really going to be enough to offset concerns about lower supplies,” he said.

U.S. shale producers are exercising production restraint in an effort to capitalize on multi-year highs in crude oil prices. And with both crude oil and gasoline levels showing a deficit relative to the five-year average, analysts say the U.S. economy has a bit of a supply-side problem.

From London, Tamas Varga at oil broker PVM told Zenger that the apparent slump in demand was a bit of a concern economically speaking, though the decrease in crude oil inventories should support crude oil prices.

Those higher energy prices finally caught the attention of the White House on Wednesday.

The government issued pleas to address both the high price at the pump and higher crude oil prices, both of which could throttle further economic growth in an already-cooling U.S.

The swift spread of the Delta variant of the novel coronavirus that causes COVID-19 is forcing some municipalities and businesses to reinstate mask recommendations and other social restrictions, while the pace of increase in energy prices is running well above average inflation.

Jake Sullivan, the U.S. national security advisor, said high gasoline prices could harm the economy, adding crude oil prices are now higher than they were before the onset of the global COVID-19 pandemic.

“While OPEC+ recently agreed to production increases, these increases will not fully offset previous production cuts that OPEC+ imposed during the pandemic until well into 2022,” he said. “At a critical moment in the global recovery, this is simply not enough.”

OPEC+ refers to members of the Organization of the Petroleum Exporting Countries and their allies, which are adjusting production allotments to match economic perceptions. Varga said he felt the pain threshold for the U.S. was somewhere around $70 per barrel for crude oil.

West Texas Intermediate, the U.S. benchmark for the price of oil, is hovering around $70 per barrel, while Brent, the global benchmark, is closer to $72 per barrel.

Since assuming office, U.S. President Joseph R. Biden Jr. has imposed a pause on new drilling for oil and gas on federal lands, canceled a permit for the Keystone XL oil pipeline from Canada and laid out ambitious climate goals. The tacit plea for more oil now, particularly as demand is on a seasonal decline, sparked widespread criticism.

Sonya Savage, the energy minister for the oil-rich Canadian province of Alberta, said in a statement the White House pressure on OPEC “smacks of hypocrisy.”

Canada is by far the largest crude oil exporter to the U.S. economy. Her statement, meanwhile, reflected the general mood during the morning sessions for commodities trading and sent crude oil prices lower, though they rebounded sharply after the White House tried to walk the statement back.

“I guess EIA didn’t matter much,” he said. “It was all about the request for more OPEC crude.”