The footage was obtained from the 24th Mechanized Brigade of the Ukrainian Ground Forces on Tuesday, June 28. 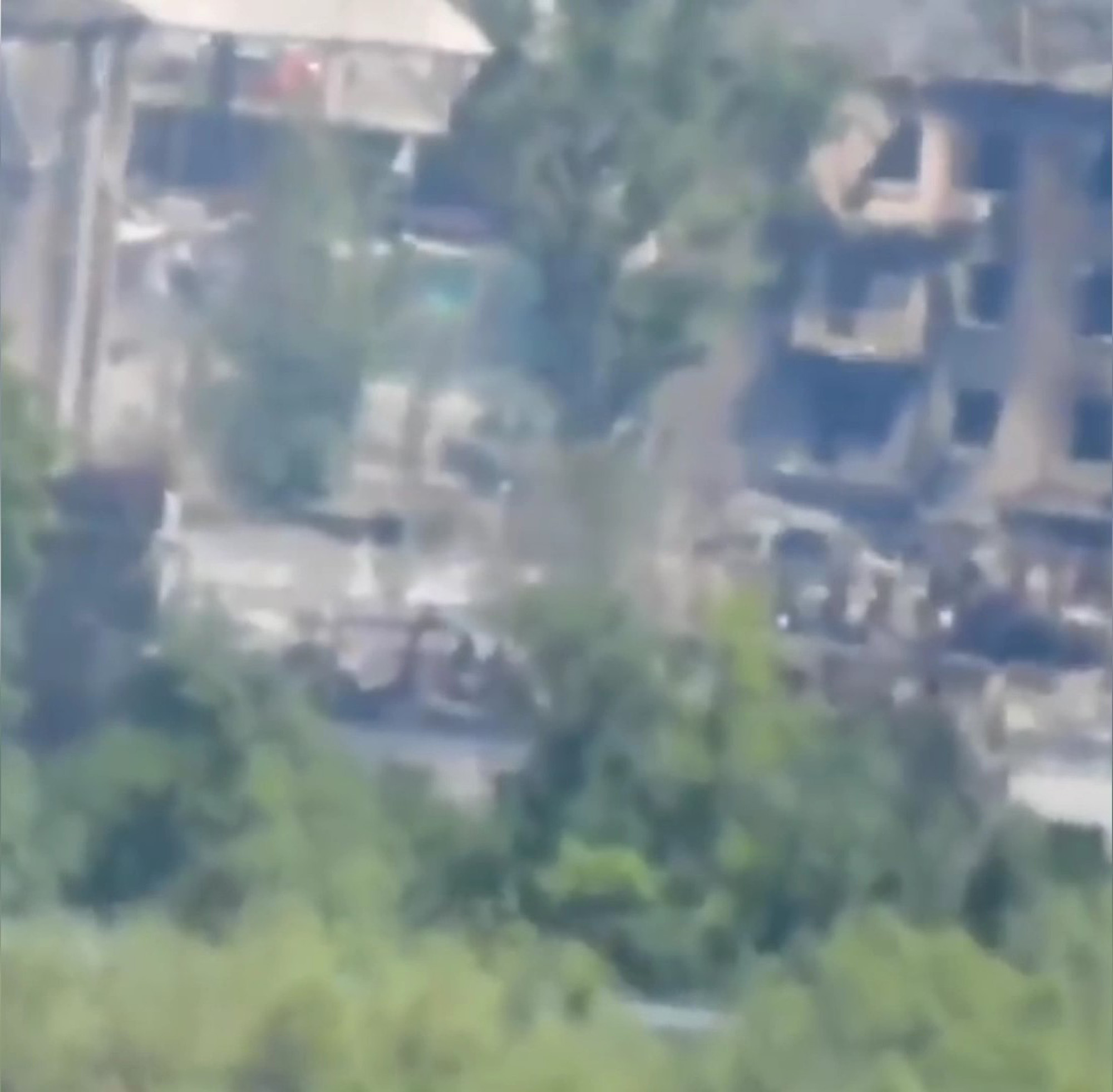 A missile was apparently fired at a Russian target – a tank, in an urban setting somewhere in Ukraine.

The footage was obtained from the 24th Mechanized Brigade of the Ukrainian Ground Forces on Tuesday, June 28, along with a short statement saying: “There was a tank in the wild horde. That horde decided to send their tank to come to another’s land and restore order, or rather to disrupt and make a mess. Now there is no tank or its foolish crew&mldr;”

The Land Forces of the Armed Forces of Ukraine also relayed the footage, saying: “Our soldiers introduced the tank of the occupiers to the Ukrainian flag.”

We contacted the 24th Mechanized Brigade of the Ukrainian Ground Forces for further comment, as well as the Russian Defense Ministry, but haven’t received a reply at the time of writing.

Russia invaded Ukraine on February 24 in what the Kremlin is still calling a “special military operation.” June 28 marks the 125th day of the invasion.

The Russian strike on a shopping mall in the central Ukrainian city of Kremenchuk has been described by Ukrainian President Volodymyr Zelenskyy as one of the “most brazen terrorist acts in European history.” Over 1,000 people are said to have been inside the building when it was hit by missiles, killing at least 18.

Some 14 missiles hit the Ukrainian capital Kyiv as G7 leaders met in Germany at the beginning of a three-day summit. Military support for Ukraine is at the top of the agenda. The G7 is made up of Germany, France, Italy, Japan, Canada, the United Kingdom, and the United States. G7 leaders described the shopping mall missile strike as “abominable”.

Russian missiles have also hit the central city of Cherkasy, as well as the strategically vital port city of Odessa.

The eastern Ukrainian city of Sievierodonetsk is now in Russian hands after Ukrainian troops were ordered to retreat following weeks of siege warfare.

Russian troops have been accused of pillaging vast quantities of grain from farmers in occupied areas of Ukraine, as well as other crops including sunflower seed. They have also been accused of stealing fertilizer and agricultural equipment.

More than 345 million people around the world are facing “acute levels of food insecurity” as the war in Ukraine heads into the fifth month, says the World Food Program (WFP).

British Prime Minister Boris Johnson says the Russian invasion of Ukraine has had a significant effect on the cost of living around the world.