VIDEO: Crackers? Who Are You Calling Nuts? Cute Ground Squirrel Sneaks A Snack

Wedding photographer Ayhan Ozdemir noticed the squirrel hole while visiting the picturesque area of Pulumur Valley on May 3. 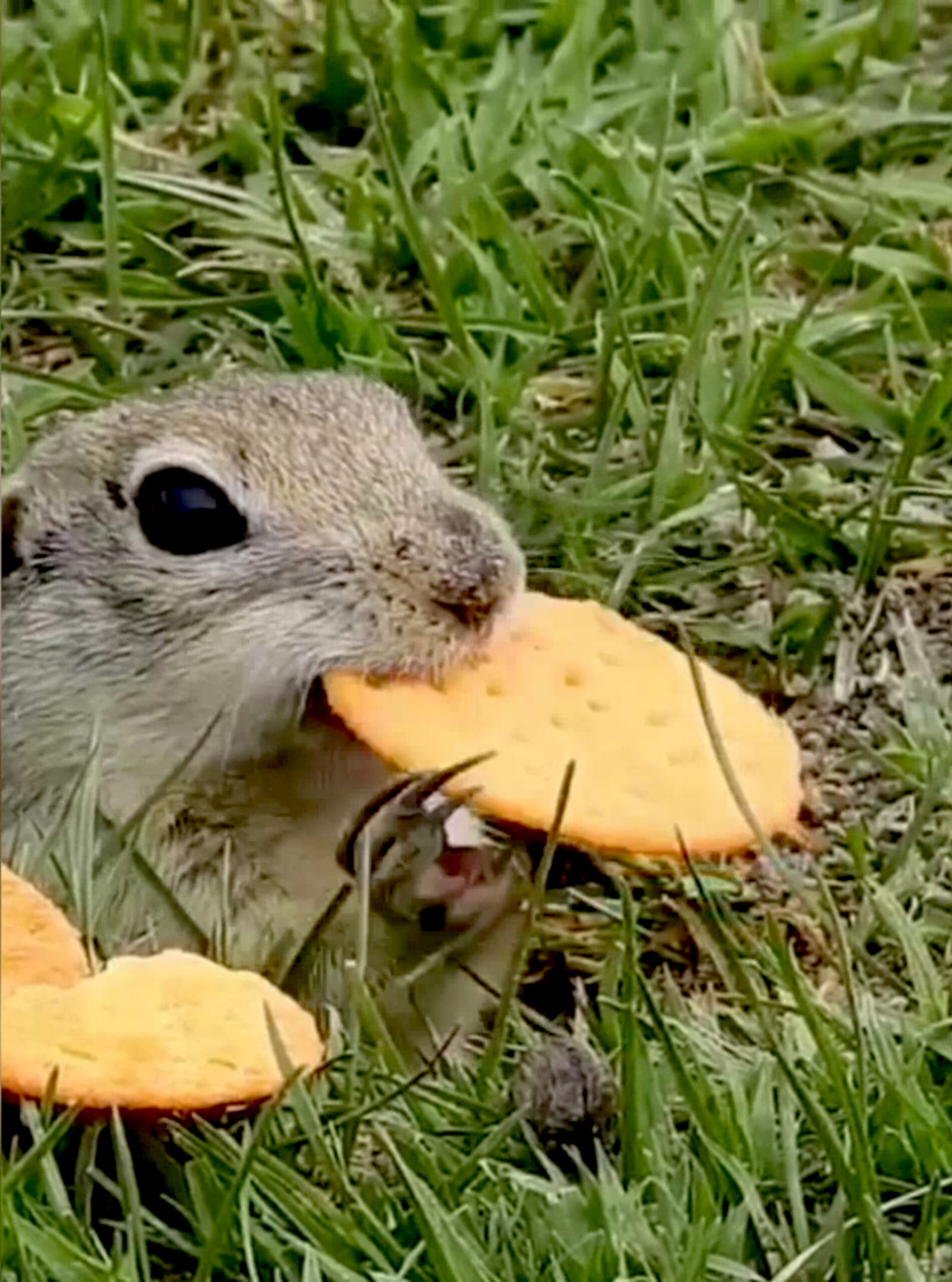 This is the moment a cute ground squirrel nibbles on a cracker from a passing photographer before fleeing down hole when a noisy vehicle drives by.

Wedding photographer Ayhan Ozdemir, 44, from the Turkish province of Erzincan, noticed the squirrel hole while visiting the picturesque area of Pulumur Valley in the province of Tunceli on May 3.

Ozdemir told Zenger News that he held out a few crackers in front of the hole and saw a squirrel pop its little head out a few seconds later.

Naturally, the photographer reached for his camera to film the cute scene.

The footage shows the hungry rodent nibbling on a cracker before disappearing down its hole when a noisy vehicle passes by.

The wedding photographer told Zenger News: “I also do nature photography in my spare time, but this was purely by chance.

“When I saw the squirrel hole in Pulumur Valley where I was visiting, I held out a few crackers and the squirrel came straight out of the hole and started to eat one.

“It is amazing that images of natural animals are shared on news sites. I received many positive reactions from people online, which makes me very happy.”

Pulumur Valley, surrounded by steep and high mountains in the south-east of Turkey, boasts many flora and fauna species protected by the Convention on the Conservation of European Wildlife and Natural Habitats.

Home to over 50 villages, the valley region was evacuated in the 1990s due to intense terrorist activity and resettlement sites have been established in the last 20 years.

Ground squirrels unlike their cousins tend to live in holes in the ground and not in the branches of trees.

The habitat they tend to prefer rocky outcrops or pastures where they can make their homes in the ground, and in human habitation, the preference for such terrain means they can also be found on golf courses, parks, and in cemeteries.

They are also omnivorous, which means as well as eating fungus, fruits and nuts or seeds there will also be other things like insects, eggs, or in this case – crispy biscuits.

They are even known to occasionally eat other rodents including rats or mice when the opportunity arises although it is rare.

«Previous Post
VIDEO: Majority Of Kids Say They Are Better At Managing Money Than Their Parents»Next Post
Forgotten Gains: Man Scoops GBP 200K On Lottery After Forgetting He Bought Tickets