Mars’ soundscape beamed back to Earth for space scientists to study. 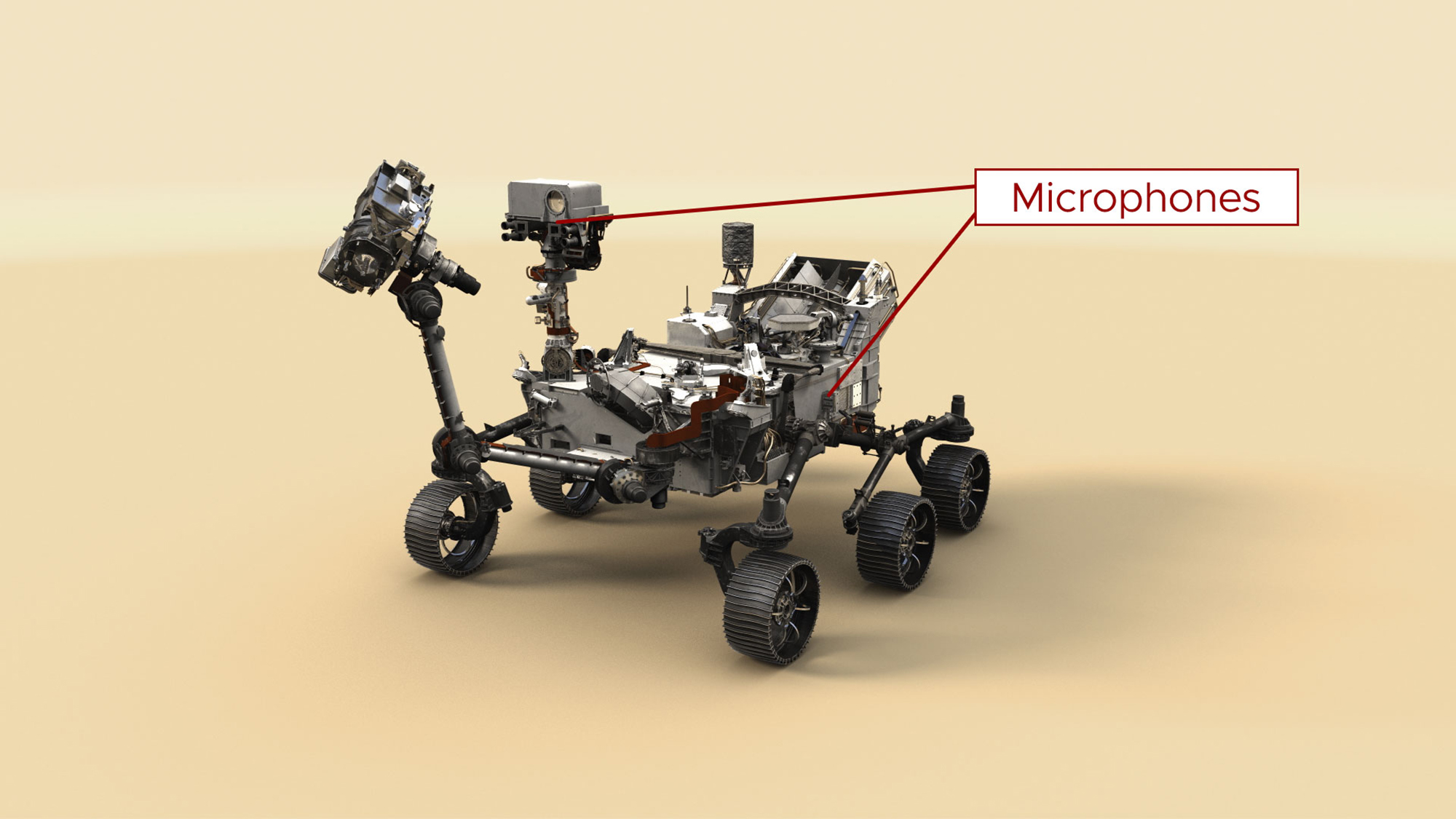 How about the roar of a little Martian wind to sleep to? Or the sound of gravel crunching under NASA’s Perseverance Rover? Or its motors whirring across the Red Planet?

Two microphones aboard the Rover have captured these sounds and many more and beamed them back to Earth since Perseverance touched down on the Martian surface on February 18.

“Martian sounds have strong bass vibrations, so when you put on headphones, you can really feel it,” Chide said.

Envision rocking out on Mars? How about zapping?

The Perseverance SuperCam studies rocks and soil samples by zapping them with a laser and then analyzing the resulting water vapor.

The laser pulses hundreds of times on each target, creating opportunities for the microphone to pick up the ‘”zapping” sounds.

The recordings are teaching experts about the Martian atmosphere.

As sound travels through the air, the SuperCam mic monitors “microturbulences,” which adds to the ability of scientists to study the planet’s atmosphere.

The mic adds to the rover’s wind sensors, which form part of the suite of atmospheric tools called Mars Environmental Dynamics Analyzer (MEDA).

NASA said in a statement released Oct. 18 that the rover is the first spacecraft to record the sound of the Red Planet using dedicated microphones.

The microphones are not cutting-edge million-dollar pieces of equipment but commercially available off-the-shelf devices.

One of the mics rides on the side of the rover’s chassis. The second mic sits on Perseverance’s mast as a complement to the SuperCam laser instrument.

According to NASA, the mic lets researchers study how sound travels on Mars. They previously knew that because the atmosphere is less dense on the Red Planet, higher-pitched sounds, in particular, would be hard to hear.

As a result, several scientists were surprised when the microphone picked up the Ingenuity helicopter’s buzzing rotors during its fourth flight, on April 30, from a distance of 262 feet.

Information from the helicopter’s audio allowed researchers to eliminate two of three models developed to predict how sound travels on Mars.

“Sound on Mars carries much farther than we thought,” Nina Lanza, a SuperCam scientist who works with the microphone data at Los Alamos National Laboratory in New Mexico, said:.

“It shows you just how important it is to do field science.”

Sound can also be used to improve the maintenance of equipment on Mars as it gives crucial clues to engineers about how the machinery is working.

“We would love to listen to these sounds regularly,” Vandi Verma, Perseverance’s chief engineer for robotic operations at JPL, said.

“We routinely listen for changes in sound patterns on our test rover here on Earth, which can indicate there’s an issue that needs attention.”