Residents warned to wear masks to prevent breathing in vapors and ash. 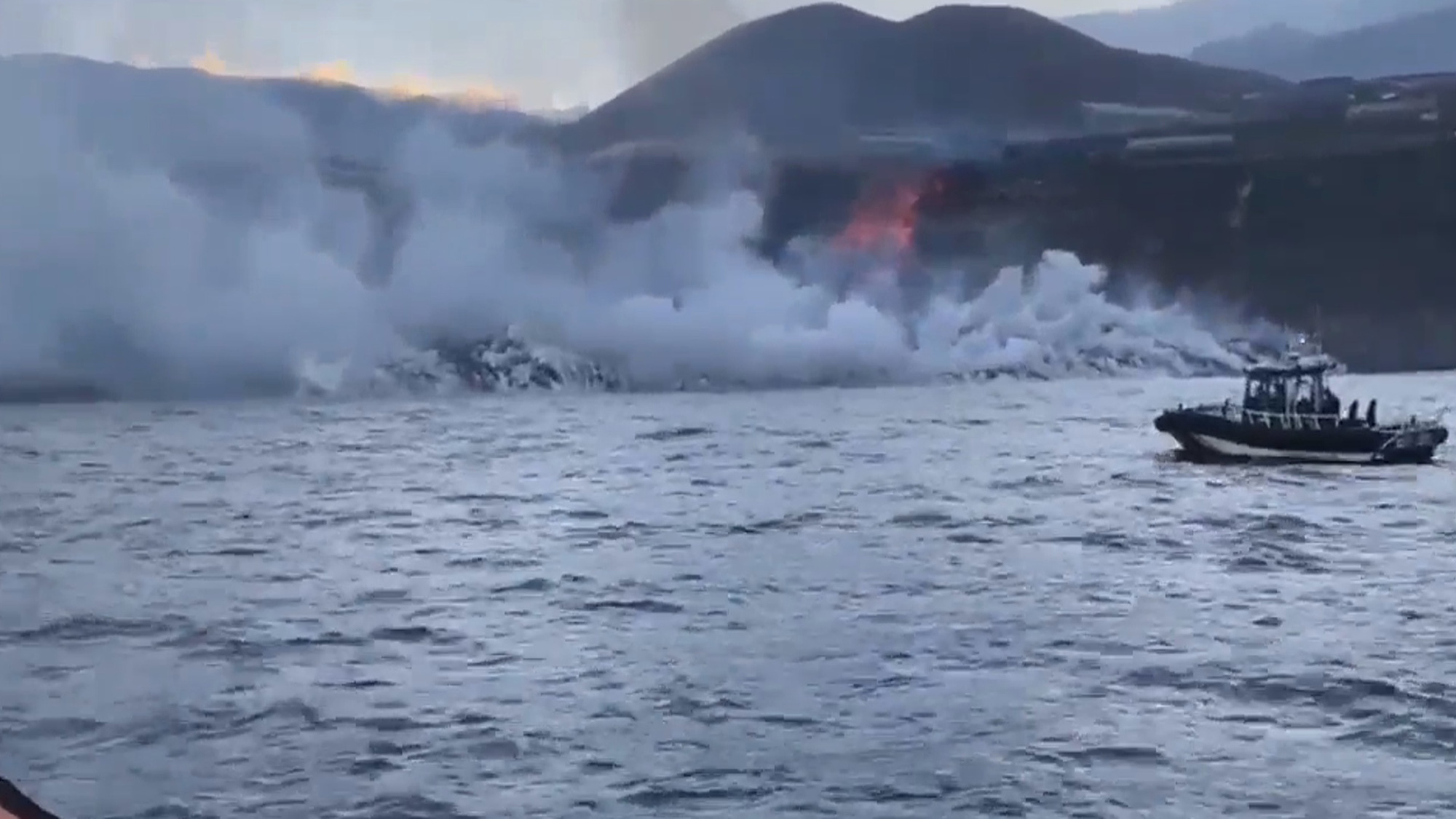 A giant lava flow from the volcanic eruption on the Spanish Canary Island of La Palma reached the sea after an eruption lasting 10 days destroyed hundreds of buildings and homes.

Spanish authorities warned residents that clouds of water vapor and other possibly toxic gases are being produced by the lava’s flow into the Atlantic Ocean.

“The population is reminded of the use of masks to protect themselves from the ashes,” the Canary Islands government said.

“The director of the National Geographic Institute in the Canary Islands, María José Blanco, said that the cloud of gases originating after the lava reached the sea is limited to the contact area, has not spread laterally, and has not affected any population,” the government said.

The video shows lava from the Cumbre Vieja volcano hitting the water at Los Guirres beach on Sept. 29. It’s the aftermath of the volcano’s first major eruption since 1971.

The latest eruption on the volcanic island has damaged or destroyed more than 700 buildings, and at least 5,000 people have been evacuated.

The financial impact of the eruption is estimated at $238 million.

The Canary Islands Volcanological Institute this week said that when lava mixes with seawater, water vapor loaded with hydrochloric acid can be given off, which is harmful to humans and other living things.

European satellite system Copernicus, which has been tracking the lava flow on the island, reports that 14.6 miles of road has been damaged and 13.6 miles destroyed.

With the lava reaching the sea, islanders are optimistic that it will no longer flow toward their homes.

The lava may now stop branching out and continue to flow into the sea, reducing the threat it poses to the island’s infrastructure and buildings, said Angel Victor Torres, regional premier of the Canary Islands.

Edited by Judith Isacoff and Matthew B. Hall