Once a victim of notorious USA Gymnastics team doctor Larry Nassar, she is now a voice for the powerless. 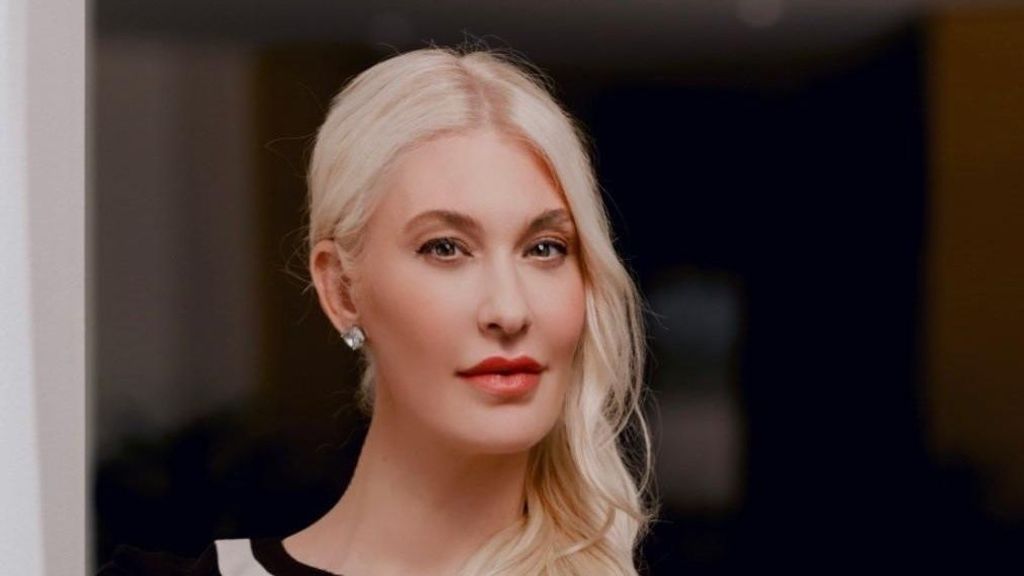 As sexual predator Dr. Larry Nassar serves out a variety of sentences that add up to life in prison, his numerous victims are left to pick up the pieces and try to find some sense of normalcy in their lives. Sarah Klein, the first known survivor of Nassar’s criminal behavior, is now an attorney who specializes in not only helping sexual abuse survivors, but also making sure the predators and the institutions that shielded them are brought to justice.

Klein says overcoming her past wasn’t easy, but necessary. She sees her role as arming her two daughters and others with the knowledge of how to detect and deflect predator behavior, while also serving as a role model for those who have been victimized. A turning point for her came In 2018, when she won the Arthur Ashe Courage Award at the ESPYS. Since then, she has made several TV appearances to alarm the world of predators and pedophiles and red flags for potential victims to look for. She is also a regular on Court TV.

Zenger News spoke with Klein in a frank and informative interview.

Zenger: You’ve overcome so much in your life. Where are you at mentally today?

Klein: Wow! That’s a big question. I’ll tell you this, it’s certainly been a journey. Today, I am doing wonderfully well. I am a mother of two young girls, I love my career. I’m a lawyer representing survivors of sexual abuse. I have sort of come full circle in that my suffering that I went through for my entire childhood and beyond has had something good come from it. And what’s come from it is I can now walk other people through the journey that I went through myself. I feel like I’m doing exactly what I’m meant to be doing in this world. In a strange way, I’ve found some gratitude for what I went through because there’s nothing I would rather be doing than the work I’m doing now. With that said, healing is a journey. It’s a couple of steps forward and 10 steps back, right?

Childhood trauma is one of those things that never fully resolves itself. But you learn to manage it, and with the right resources and support, you can lead a full and happy life. I never wanna do other survivors a disservice by saying, “Here I am, bright and shiny, and there is a happy ending for everybody.” It’s something you manage, and even for someone like myself who has come out of the other side, you still have to work to heal day in and day out.

Zenger: As a mother of two daughters, would you describe yourself as an overprotective parent?

Klein: I am very overly cautious. They are not aware of that. It’s not in a way where I don’t allow them to do things. I’m giving them what I never had, which is the language to be able to articulate if anything is off. Also, teaching them to listen to their own gut feelings and intuitions. As young gymnasts, we were taught to never develop a sense of self, no sense of confidence, no sense of having a voice. We were essentially taught to give out bodies over to grown men in our world, our coach and our doctor. And we were taught not to speak at all, literally. You respond with yes and no answers and head nods. With my kids, I’m teaching them to have that voice and that confidence and that sense of self.

Zenger: You’ve said that you were an adult before you even realized that what happened to you was sexual abuse.

Klein: You equate it to a cult. All you know from childhood, before your brain is biologically fully formed, you don’t know anything else. Kids that grow up in war-torn countries, that’s all they know. We are representing 200 gentlemen at the University of Michigan who were abused by their doctor. And they were college age, 18-22. Many of them were athletes, and when they arrived at the University of Michigan with stars in their eyes to have made it to this nationally renowned football program, and they’re told go get a physical exam by the only doctor that does such exams. They get the exam and it’s like, “This must be what it’s like in the big leagues. Everybody is doing it, so who am I to say that was weird or that was off?” You just think that’s how they do it here, and your red flags don’t get raised.

I know people have a hard time understanding how can you not know that that wasn’t medical treatment, and it was sexual abuse until you were a grown up.The other piece of that is, I loved this guy [Nassar}. He was the nicest part of the entire gymnastics experience. It’s a brutal, nasty environment that’s based on tearing you down and scaring you. It’s extremely fear based. And then you go to the back room and there’s this sweet, nerdy, laughing warm doctor who says he’s going to help you, that sounds great. And you’re a child, so you really don’t know any better. It was the ‘80s and ’90s and nobody was talking about this. It’s sort of the perfect storm for a serial pedophile to get away with it for three decades like Nassar did, as did these other predators that we’re seeing at these various universities.

Zenger: Simone Biles was a sexual-abuse victim as well. Seeing what she’s accomplishing, how impressed are you by the continuous bar she keeps elevating?

Klein: I could not love and respect that woman more. We call each other, ‘Sister Survivors ’— those of us who were abused by Nassar, the institution that is USA Gymnastics and the United States Olympic Committee. She has definitely risen above and conducted herself with such class and such resilience. Watching her succeed in the way that she is says so much about her character. It brings tears to my eyes, and I’m so proud of her.

Zenger: What form of sexual abuse comes across your desk most often?

Klein: The cases we see the most is this paradigm of people in position of authority — a coach, a teacher, a priest, a doctor, Boy’s and Girl’s Scouts of America. Taking advantage of that authority and the institution this person is supposed to represent chooses the cover-up, protecting their brand and protecting themselves from liability approach. And things get swept under the rug or hidden. The work we do is not only holding the predator accountable of course, but also holding the entity accountable that knew or should have known that this person was a predator and still gave access. We do lots of athletics. We just settled a case with USA Water Polo for $14 million.

Zenger: It seems like most sexual abuse predators are released and just trusted to register as a sex offender and those are the repeat offenders because they never abide by any law. What’s your take on that?

Klein: I don’t know many pedophiles or sex offenders who leave me with any hope of being rehabilitated. When they have done it once, typically they find a way to do it again because it is a compulsion. It is not something that you or I could understand because we don’t have that compulsion. You say, “Just don’t go do it again,” but pedophiles and sexual predators have a compulsion to continue offending. And unfortunately, I don’t understand how that works in terms of any possibility of rehabilitation. There are probably psychologists and experts out there who would disagree with that — who do believe these people can be rehabilitated.I personally do not.

Zenger: In 2018, you received the Arthur Ashe Courage Award at the ESPYS. What did it mean to you to stand on that stage and receive that honor as a hero and survivor?

Klein: It was arguably the most catalytic event in my life. Up until that point, I had remained anonymous. I was really struggling coming to terms with the fact that the entire paradigm of my childhood had just exploded. And the person that I thought I loved, trusted and thought I would know for the rest of my life, who’s wedding I attended, was actually not performing medical treatment, but was sexually taking advantage of a child.

It was very hard for me to reconcile, and when the executive producer of the ESPYS approached me and asked me to be one of the three women accepting the award on behalf of all the survivors, I was deeply honored but also terrified because you put yourself out there, and you can never take that back. It’s exposing some of the most intimate and painful details of your life to the entire world. But the reason that I ultimately chose to do it is because she said to me, “Sarah, this award is not about the abuse, this award is about courage.” At the time I had a 2-year-old daughter and I wanted to be able to show her that her mom was brave and her mom was courageous, and her mom was strong enough to speak for those who were not strong enough.

I think I stepped into my own that night. I entered my adulthood in a way, and was able to stand tall and proud and not live with shame anymore. If I could do that, it was my hope is that other survivors could see our story and began their healing journey. It was extremely powerful, so well done and one of those moments in my life where everything changed for the better that night. It’s an honor to continue to have a platform to share our story and share my story, and just a message to all survivors: You are not alone, we believe you, it was not your fault, and we’re here for you.

(Edited by Matthew B. Hall and Judith Isacoff)