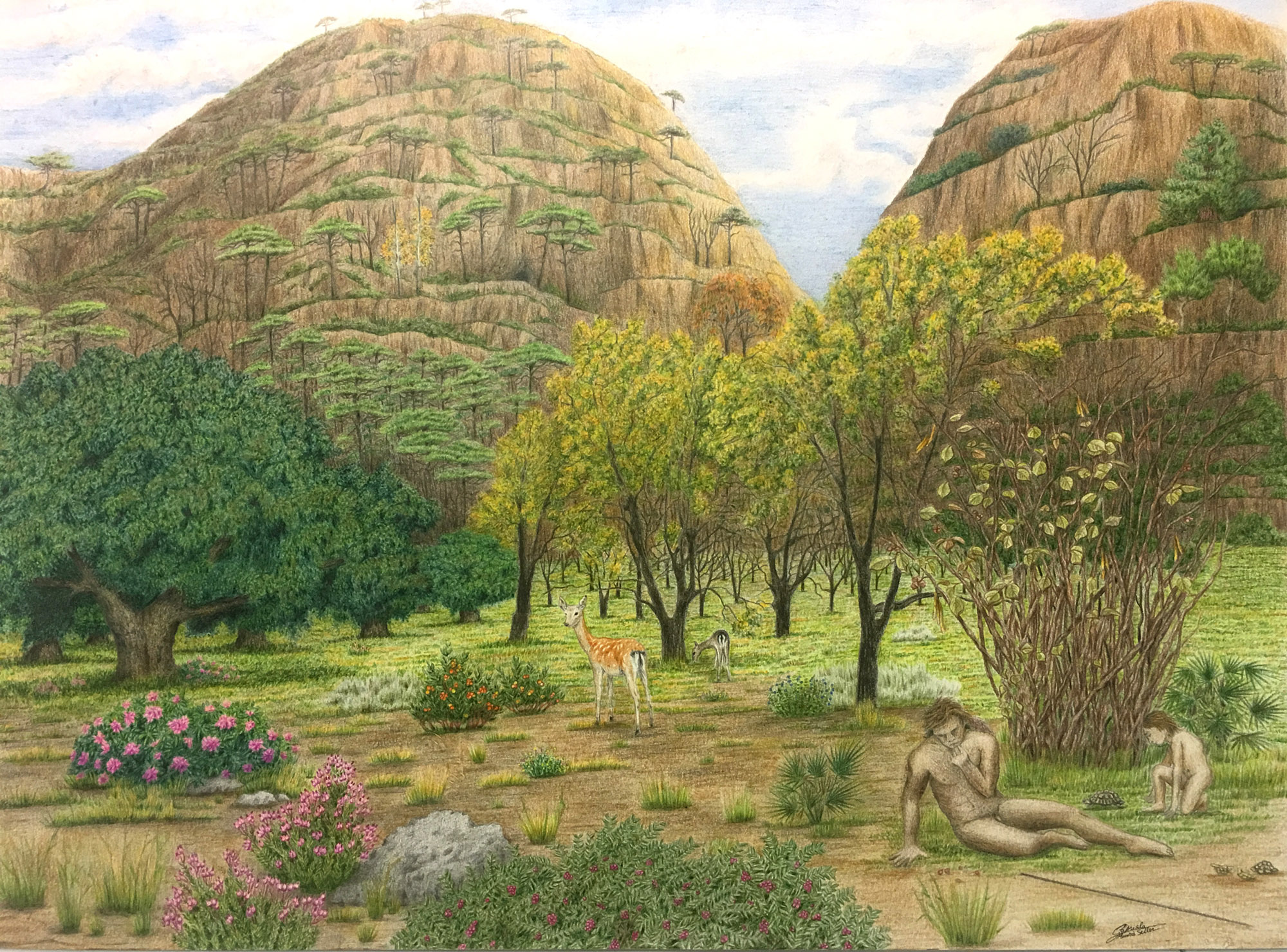 Spanish researchers have created an image of how the world would have looked during the glacial period in eastern Spain. It includes a thick forest and an abundance of fruits and berries, thanks to a favorable microclimate.

The artist’s impression, which contrasts with the frozen image of the glacial period usually portrayed, is based on data gathered during work on recreating the surroundings of Bolomor Cave in Valldigna Valley in Valencia between 100,000 and 350,000 years ago.

The research conducted by a team from the University of Murcia, led by professor Jose Carrion, was recently published in the journal Quaternary Science Reviews. It breaks with the traditional belief that Neanderthals mainly lived in steppes and cold places.

Carrion said that the research was carried out after analyzing fossilized pollen in the archaeological sites around Bolomor Cave. He said that microfossils extracted from samples there showed that “around 300,000 years ago, Neanderthals lived in a very different environment to now, with many species no longer in the region and with a rich forest ecosystem.

“The research breaks with the British theory that Neanderthals used to live in steppes without many trees or vegetation, covered in snow or ice, and that they had to hunt large animals to survive.”

He said there were hazelnut, hackberry, carob trees, chestnut trees and madrone trees. Due to the rich food source, Neanderthals lived in the region for many years.

In the Middle Pleistocene and Late Pleistocene eras, there were glacial and non-glacial periods. There would have been a glacial refuge in the area, much like an oasis,” said Ochando.

“Neanderthals used tools to hunt prey, which were better in a forest,” said Carrion, as the method was more effective for short-distance hunting. “This also backs up two recent discoveries showing that Neanderthals were good sprinters.”

The Iberian Peninsula was a closed forest, which made it a key part of the project. Carrion said that in other parts of Europe, such as Italy or the Balkans, “we have seen Neanderthals linked to savannah vegetation, but here we have a closed dense forest with trees.”

Gabriela Amoros, the paleoartist in charge of the re-creation, said the image was based on data collected from the area with “some parts of the artists’ imagination, taking into consideration the Mediterranean light and all the most important iconic forms of the species, so that they could easily be recognized.”

The research team is still working in other sites, including Gorham’s Cave in the UK, Vanguard Cave in Gibraltar, Carihuela Cave in Granada, Spain, and Sima de las Palomas in Murcia and the cave of Guadiz-Baza in southern Spain.

«Previous Post
VIDEO: Way To Go: Photographer's Out Of This World 12-Year Bid To Record The Milky Way»Next Post
‘The Alien’ Who Inspired Hollywood: India Gears Up To Celebrate Filmmaker Satyajit Ray