Russian President Vladimir Putin does not see his decision to invade Ukraine as a mistake, said Scholz 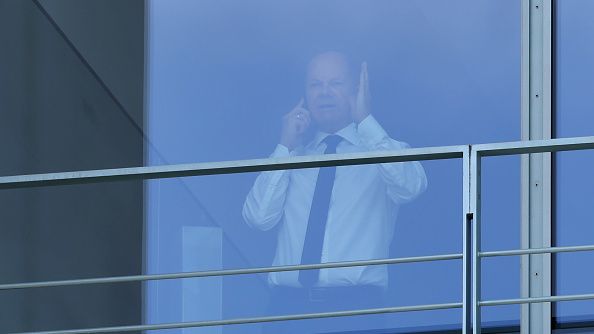 Russian President Vladimir Putin still does not think that waging a war on Ukraine was a mistake, so said German chancellor Olaf Scholz after a phone call with the Russian leader.

The 90-minute call between the two leaders happened Tuesday when Scholz tried to talk Putin into withdrawing his troops from Ukraine and respecting its sovereignty. He was unable to convince Putin to restart the negotiations.

“Sadly, I cannot tell you that the impression has grown that it was a mistake to begin this war,” Scholz said. “And there was no indication that new attitudes are emerging. According to the German chancellor, the exit of Russian forces from Ukraine was the only way for “peace to have a chance in the region.”

Although Putin showed no willingness to revisit his position on the war, Scholz stressed that keeping the conversations alive was necessary. “It is right to speak with each other and to say what there is to say on this subject”, he said.

Besides, The UN Secretary-General Antonio Guterres also expressed his hopelessness in the peace effortst. “I have no illusion; at the present moment the chances of a peace deal are minimal”, Guterres said adding that “I have the feeling we are still far away from peace. I would be lying if I would say it could happen soon.”

Guterres spoke to Putin about the trade restrictions Russia is faced with in the wake of the war. Moscow’s food and fertilizer exports have received a major blow after the invasion. The UN and Turkey reached a 120-day deal in July that permits both the flow of Russia’s food and fertiliser shipments as well as the flow of Ukraine’s grain exports that have been halted by the conflict.

Guterres highlighted that he remained in constant communication with all sides of the conflict despite his pessimistic assessment of the conflict that has raged since Russia invaded its neighbour in late February.

He also expressed optimism that “one day it will be possible to get to a higher level of conversation.”

Produced in association with Benzinga.