Queen Elizabeth II, An Advocate For Climate Action, Dies At 96 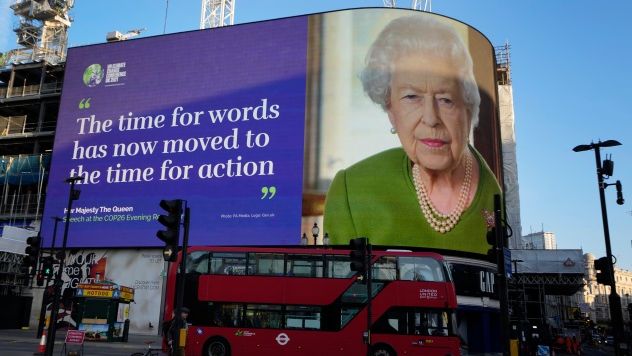 The Queen, who passed away Thursday, urged for bold climate action in a video message at the United Nations Climate Change Conference in Glasgow (COP26).

The monarch was originally scheduled to attend the UN conference, but after medical checks, she was advised to rest. She therefore had to pre-record her address in the week ahead at Windsor Castle, urging world leaders to “achieve true statesmanship.” She reiterated the dire need to create a “safer, stabler future” for the planet and “for our children and our children’s children.”

“The time for words has now moved to the time for action,” UK’s longest-serving monarch said in her impassioned address.

Ahead of the conference, a video made the headlines in which the Queen expressed frustration around climate policy and inaction from world leaders. She was having a conversation with her daughter-in-law Camilla, the Duchess of Cornwall; and Welsh official Elin Jones at the opening of the Senedd – the Welsh Parliament. “I’ve been hearing all about COP … I still don’t know who’s coming,” she appeared to be saying.

In another clip, she was reported to say, “We only know about people who are not coming … It’s really irritating when they talk, but they don’t do.”

The queen also paid tribute in her speech to young climate activists, saying she had “drawn great comfort and inspiration from the relentless enthusiasm of people of all ages – especially the young – in calling for everyone to play their part.” At the time, climate activists led by Greta Thunberg were demonstrating in Glasgow during the conference.

She added how the environment was a subject close to the heart of her late husband, Prince Philip, and she couldn’t be more proud that it was an area of interest picked up by her son Charles and grandson William. Prince Charles, who is now known as King Charles III, succeeds her.

The Queen’s Green Canopy (QGC) was created in 2022 to mark the queen’s platinum jubilee. The QGC invited people across the United Kingdom to “plant a tree for the Jubilee,” with a focus on planting sustainably, and pledged to dedicate a network of 70 ancient woodlands across the UK and identify 70 ancient trees.