It is unclear how the bird became tangled in the discarded fishing line. 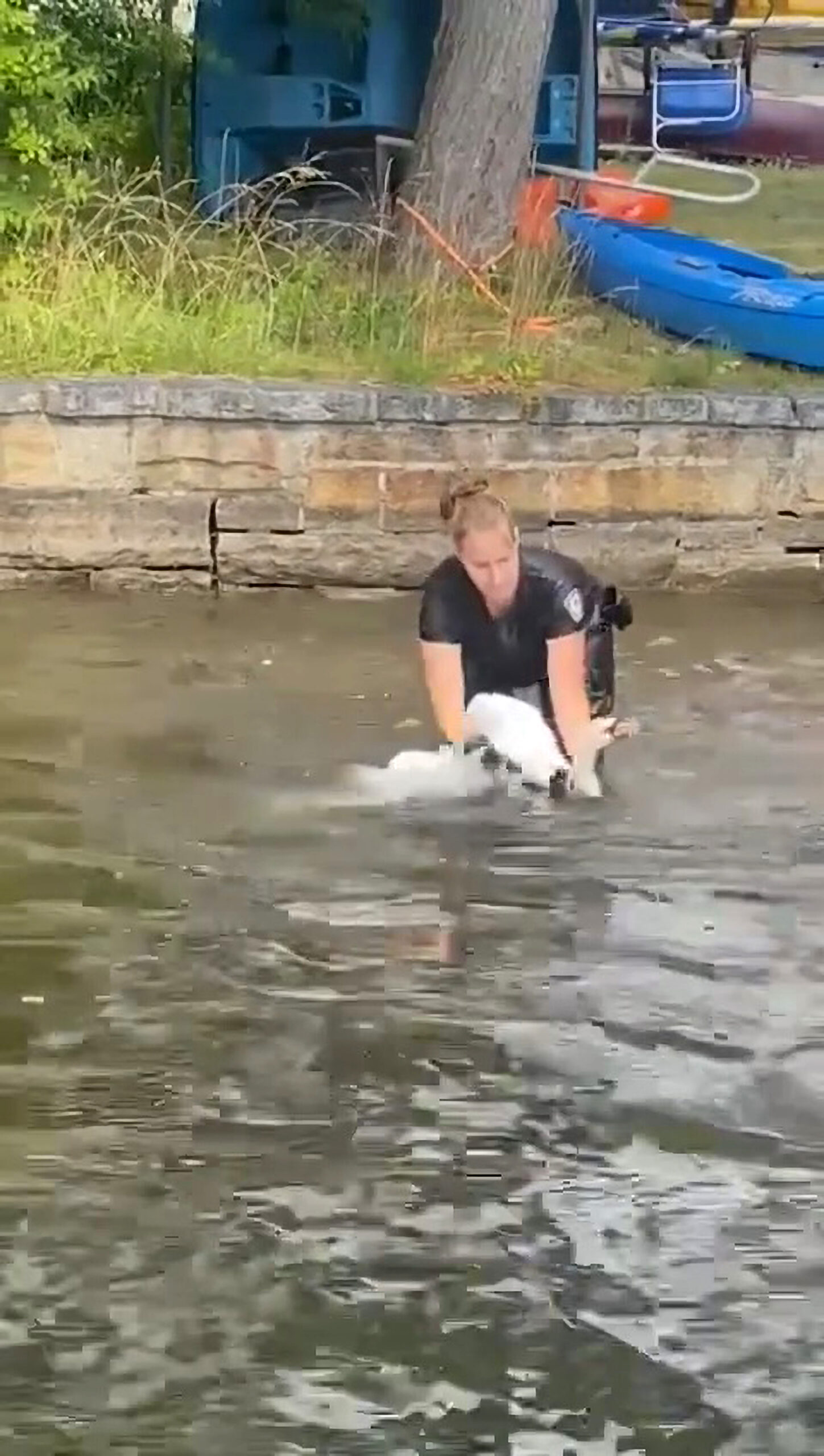 This is the moment a swan hooked on an abandoned fishing line is rescued by police who also found a hook in its mouth.

The incident took place at Nabnasset Lake, in the town of Westford, in Middlesex County, in the U.S. state of Massachusetts, on the East Coast, on Wednesday, August 10.

In the video, animal control officer Kirsten Hirschler of the Westford Police Department can be seen soaked to the skin as she gently grabs the swan by the neck to calm it down.

Officer Hirschler, age not reported, did not hesitate to jump into the water at Nabnasset Lake to free the trapped bird.

A person asks officer Hirschler from the shore if she needs help but the officer appears to have the situation under control.

The Westford Police Department said in a statement obtained by Zenger News on Thursday, August 11: “Westford Animal Control received a report of a swan that was tangled in a fishing line on Nabnasset Lake this week.

“ACO Kirsten Hirschler jumped into action and the water, and along with her partner Trudianne Mola, were able to rescue the swan. After being rescued it was discovered that the swan also had a fishing hook stuck in its mouth.

“It was subsequently transported to Tufts Animal Hospital in Grafton for treatment.

There have been no further updates on the animal’s condition. It is also unclear how it became tangled in the discarded fishing line.

Most swans form part of the genus Cygnus and are closely related to geese and ducks.

The elegant, large-footed birds move gracefully through water and fly with slow wing beats and their necks stretched out.

Swans mate for life while courtship can include a mutual dipping of the bills or what is called ‘head to head posturing’.

These birds can live for up to 20 years in the wild and 50 years in captivity while they mature in their third or fourth year.

Young swans or cignets are able to swim and run just a few hours after hatching and some mothers in some swan species allow the young to ride on their backs.