VIDEO: Missed Me By A Whisker: Cat Saved From Blitzed Kyiv Apartment

The cat was saved from the seventh-floor apartment in a bombed-out residential building in Borodianka. 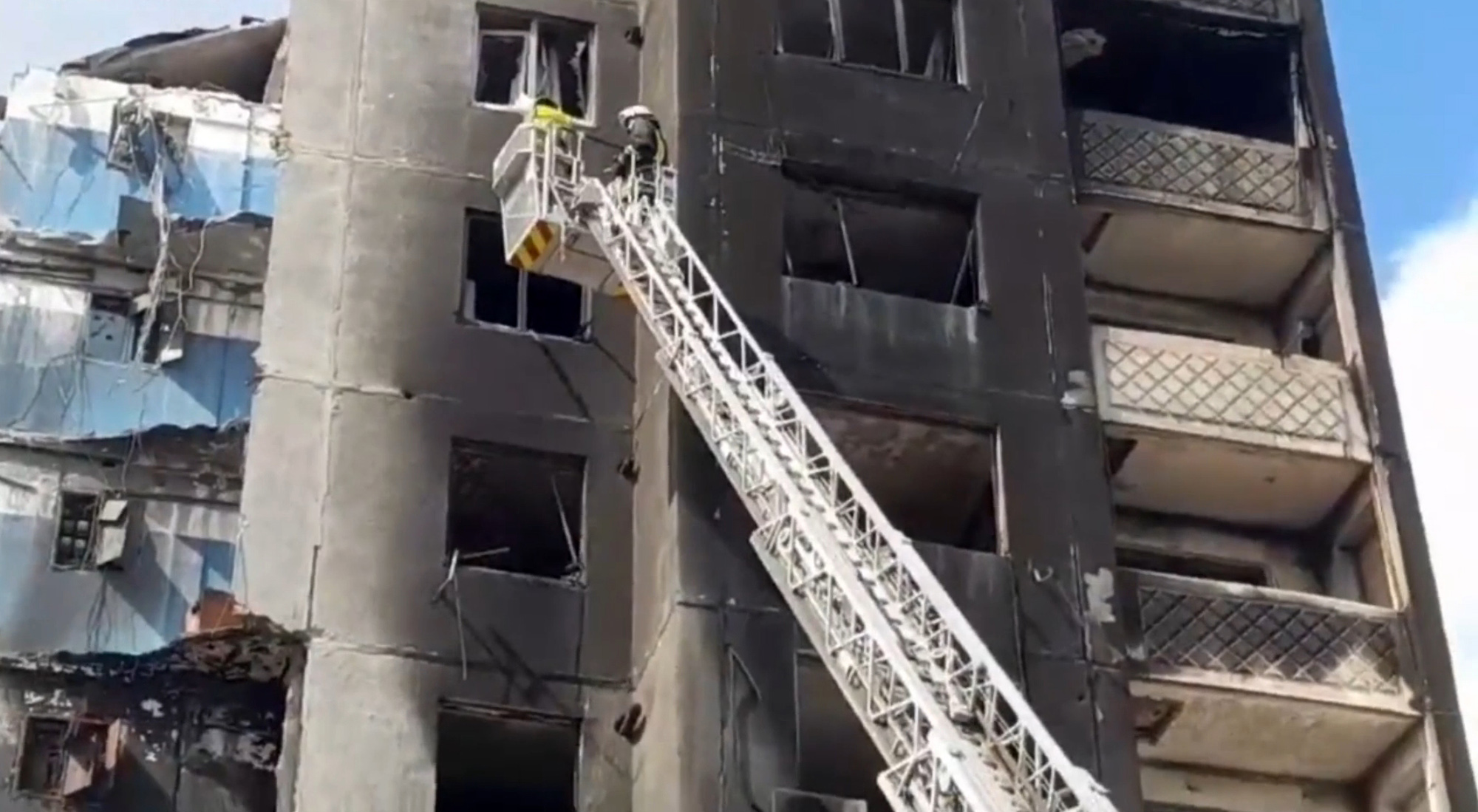 A pet puss trapped for four weeks in a bombed-out seventh-floor apartment in Kyiv is counting its eight remaining lives after being rescued by firefighters.

The terrified cat had been stranded since a brutal shelling by Russian artillery had left the building a blackened and ruined shell – but still standing.

Astonishing footage of the rescue – at Borodianka in the northern Ukrainian region of Kyiv Oblast – shows the soot-covered cat being brought down inside a firefighter’s jacket.

The Ministry of Internal Affairs of Ukraine said on 2nd May: “Video of a happy rescue of a Borodianka cat by rescuers in Kyiv region.”

The cat was saved from the seventh-floor apartment in a bombed-out residential building in Borodianka by firefighters of the State Emergency Service (SES) of Ukraine.

The cat had reportedly been trapped in the building during a month-long bombing campaign in the area by Putin’s troops.

In the footage, SES rescuers are seen reaching the partially-destroyed apartment on an aerial ladder.

When the cat that is covered in soot reaches the ground, the firefighter places it carefully in a pet carrier while a man can be seen giving it a bowl of water.

Last week, the Federation Internationale Feline (FIFe) announced that they would be banning Russian cats from taking part in international competitions.

The cat federation said: “The Board of FIFe feels it cannot just witness these atrocities and do nothing”, adding that “no cat belonging to exhibitors living in Russia may be entered at any FIFe show outside Russia, regardless of which organization these exhibitors hold their membership in”.

Meanwhile, a host of international organizations have also banned Russia from taking part in sporting and cultural events, such as this year’s FIFA World Cup in Qatar, in response to the country’s invasion of Ukraine.

Russia launched the campaign in Ukraine on 24th February in what the Kremlin called a “special military operation”. Today marks the 69th day of the invasion.

From 24th February to 3rd May, the total combat losses of Russian troops stand at around 24,200 personnel, according to the General Staff of the Armed Forces of Ukraine.

«Previous Post
Family Evicted From Rented Home In Cornwall Could Be Moved To Wales»Next Post
Mind Reading: Team Of Scientists Reconstruct Human Brain In 3D With Highest Accuracy To Date