Officials made the gruesome discovery during a routine search at Munich airport. 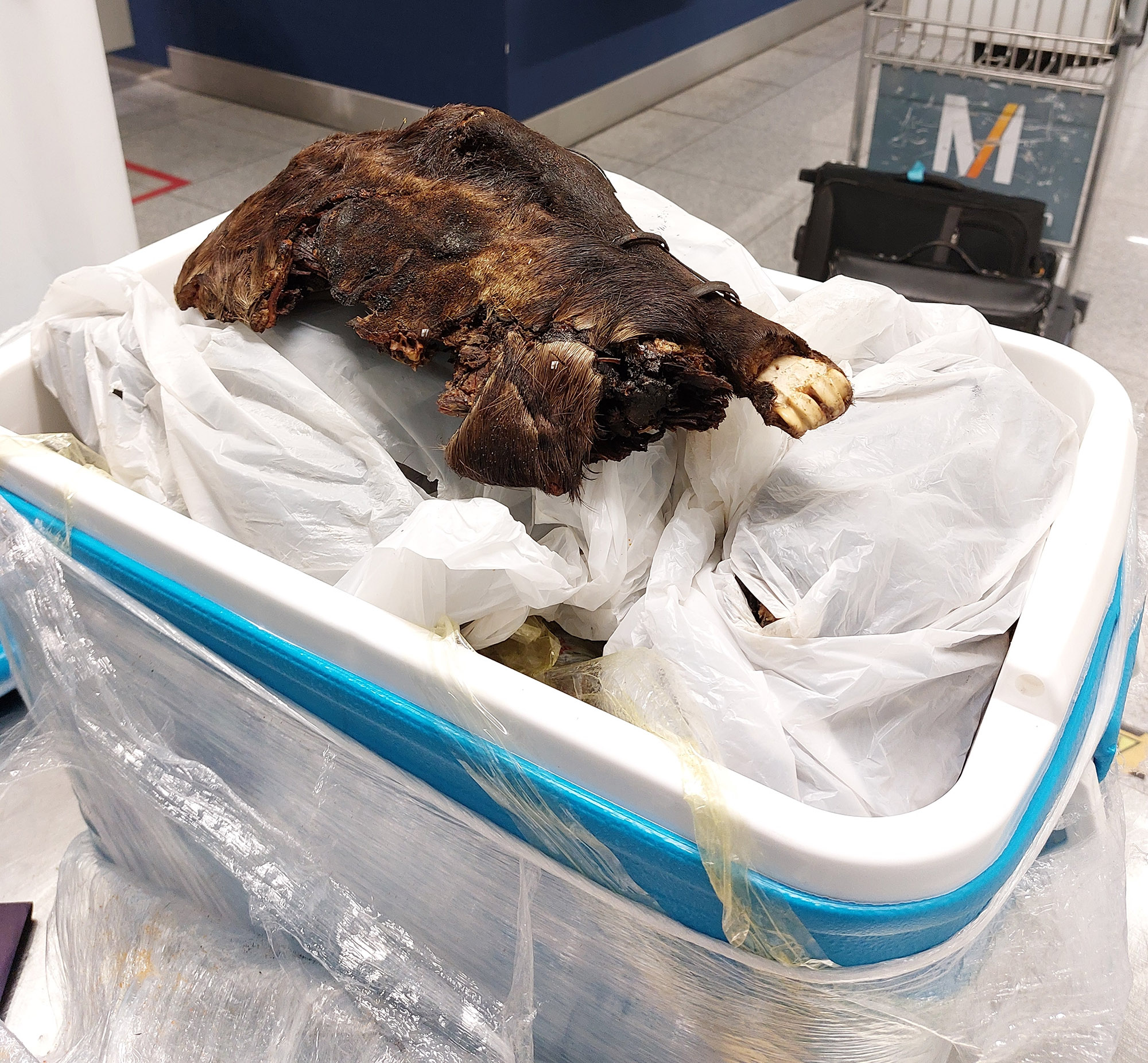 Horrified customs officials seized a roasted cane rat from a passenger’s luggage when he flew into Germany from Africa.

The rodent – considered a bush meat delicacy in West Africa – had been packed in a cold box and still had its fur on its hide. Cane rats are heavily built rodents, with bristly brown fur speckled with yellow or grey.

Officials made the gruesome discovery during a routine search at Munich airport and the passenger explained he had packed it as a snack for a long journey.

Thomas Meister – a spokesman for the Custom Headquarters in Munich – said: “Our officers have a lot of experience with travelers arriving with foodstuff they must not bring here. But such a confiscation is quite remarkable.”

Meister added that staff discovered the animal during a baggage check of a plane coming from Africa but refused to name the passenger or his departure airport.

Officials explained that importing rat meat is prohibited to prevent the spread of disease.

The genus Thryonomys, also known as the cane rats or grasscutters, is a type of rodent found throughout sub-Saharan Africa.

They are eaten in some African countries and are considered a pest species on many crops.

As the guinea pig, their meat is high in protein and low in fat and is said to be appreciated for its tenderness and taste.

The family name comes from the Greek word thryon, meaning a “rush” or “reed” and ‘mys’ referring to “mouse”.

Cane rats range in body length between 35 and 60 centimeters (14 to 24 inches). They commonly weigh six to seven kilograms (one stone) in captivity and can reach weights up to 10 kilograms (1.57 stone) in the wild.

They live in marshy areas and along river and lake banks, and are herbivores, feeding on aquatic grasses in the wild.

In agricultural areas they will – as the name suggests – feed on sugarcane in plantations, making them a significant crop pest.

Cane rats are widely distributed and farmers expend substantial energy fencing the rodents out of their fields, but they are also valued as a source of “bush meat” in West and Central Africa.

In the savanna area of West Africa, people have traditionally captured wild cane rats and fattened them in captivity.

More recently, intensive production of cane rats has been undertaken in countries such as Benin and Togo and agricultural extension services in Cameroon, Ghana, and Nigeria among other countries have also encouraged farmers to rear these rodents in rural and suburban areas.