Poll: 45% Of Dog Owners Believe Their Pet Is In Better Shape Than They Are

Most people find outdoor activities, such as walking, more enjoyable when shared with their dogs. 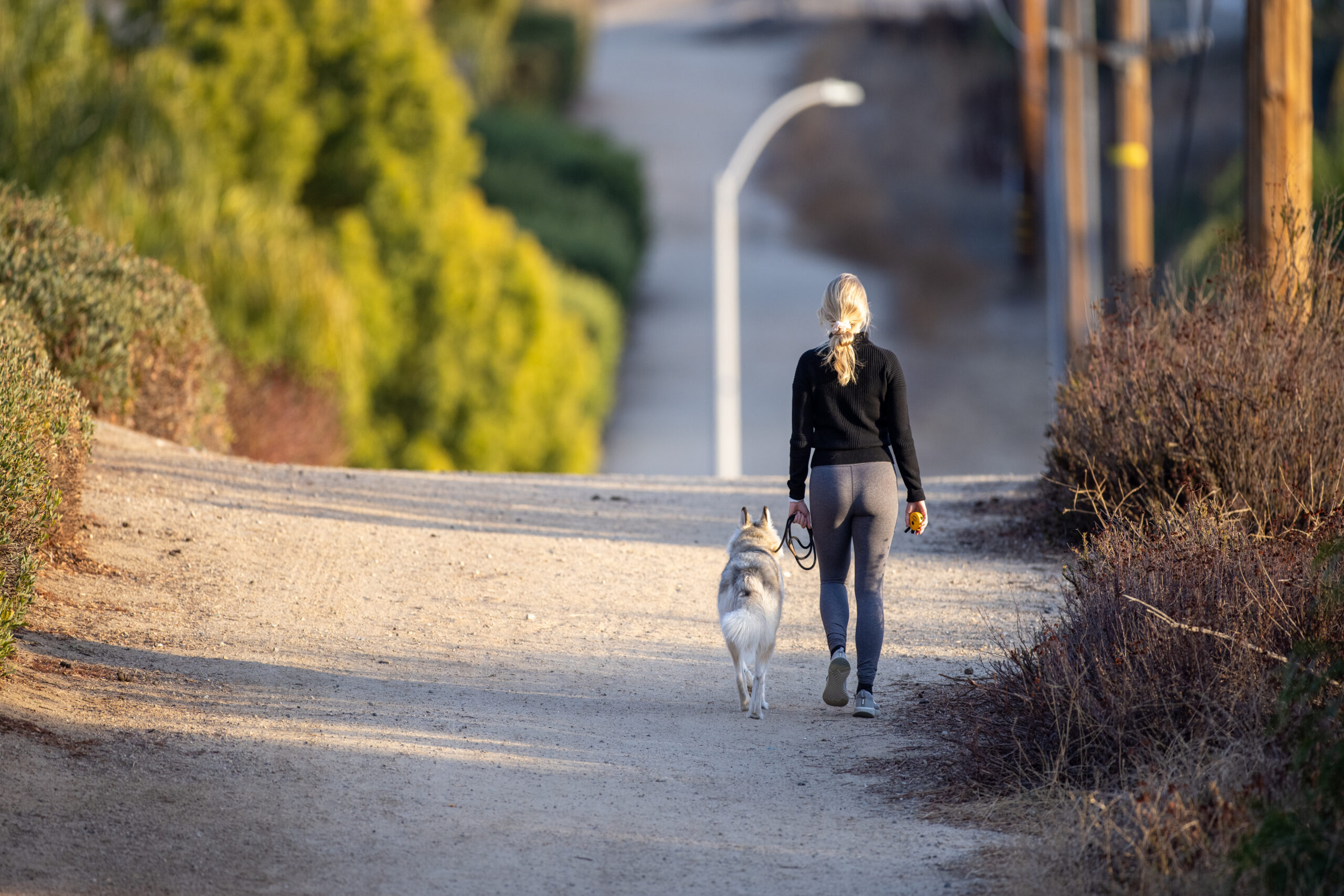 Your dog might be in better shape than you.

Some 45 percent of dog owners believe their dog is fitter than they are, according to a new poll of 2,000 dog owners.

One in five (21 percent) believe the opposite — that they’re in better shape than their dog.

Whatever the count, almost half (44 percent), on average, exercise with their dogs at least once a week.

Conducted by OnePoll on behalf of Orijen Amazing Grains, a dog-food company, the poll also found that 70 percent believe outdoor activities are better when done with their four-legged friend.

Seven in 10 also said they have become physically healthier since getting a dog, and 68 percent even hated exercising before getting their dog.

Almost three-quarters of respondents (72 percent) agreed that having a dog gives them a chance to explore surrounding nature more than they would have otherwise.

One-fifth of respondents said they enjoy hiking with their dogs (19 percent), making it the second-most-popular outdoor activity behind trips to the beach (19 percent).

“The benefits of owning a dog extend beyond companionship,” said Shawn Booth, reality TV personality, fitness trainer and spokesperson for Orijen Amazing Grains. “Doing things together benefits both your four-legged adventure buddy and you.

“Just as you take great care in keeping them active and feeding them right, they’re also taking great care of you. Dogs are active animals — working out together is mentally stimulating, builds trust and strengthens your bond.”

Another six in 10 said their own meals are more enjoyable when their dog eats at the same time. Still, 63 percent find it harder to figure out their dog’s nutrition needs as compared to their own.

But 36 percent of respondents believe they and their dog are equal when it comes to who eats a more nutritionally balanced diet.

“Not only do I pay close attention to the foods I eat, I also make sure my dog, Walter, is eating a nutritionally balanced diet, too, with lots of animal protein and quality grains,” said Booth. “It’s important we both eat well, to support our active lifestyle, and ensure we’re healthy and ready to embark on all our outdoor adventures for years to come.”

There are added benefits to owning a cat or dog. A pet has been shown to reduce stress and anxiety and can provide much needed companionship, even aiding cardiovasclar health. Also, caring for an animal can benefit kids, helping them to be more active and more responsible.

Dog can be especially supportive as a person ages, but the social benefits of ownership are also important. Because dogs have to be walked, it is an easy way to meet new people and make friends.

Going to the beach – 32 percent

Edited by Fern Siegel and Matthew B. Hall