Rescuers took the gray seal, spotted beneath a car, to a seal sanctuary near the North Sea. 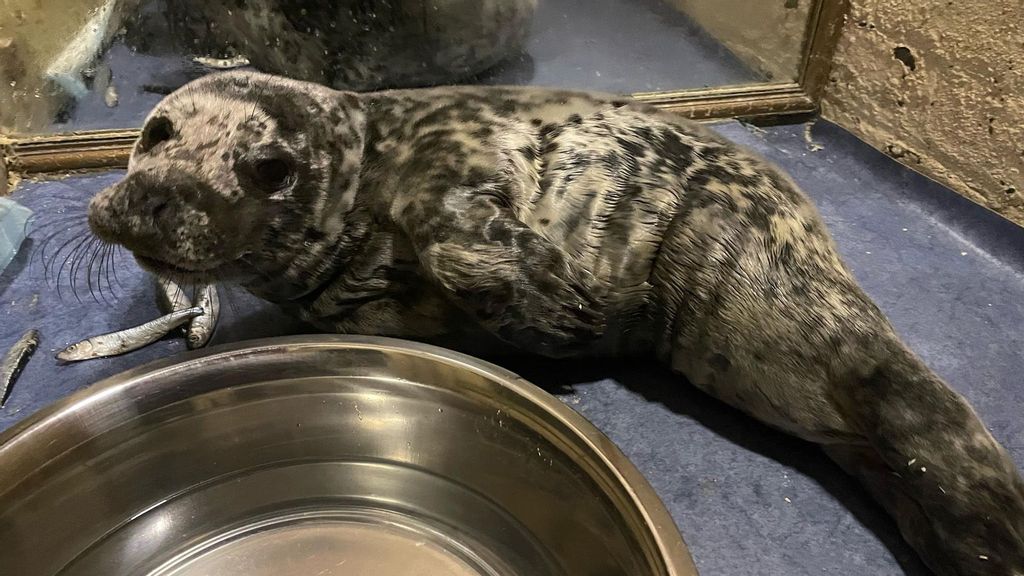 A gray seal led Humberside, England, police on one of their “slower pursuits” after it was spotted wandering around Grimsby town center.

The police were informed of a rogue seal in the early hours of Jan. 13. It was spotted outside a lawyer’s office.

Humberside Police-North East Lincolnshire in the U.K. shared a photo of the animal with the message: “Grimsby. This morning we received a report of a seal near the town center.

“Unfortunately, the seal didn’t want to hang around, resulting in one of our slower pursuits. Happily, a local charity was able to help out and took our unofficial mascot to a Skegness sanctuary.”

Later that morning, Cleethorpes Wildlife Rescue, an organization that helps injured wildlife, gave an update on Facebook: “Now seal, how did you end up here? We were called to Grimsby town center by Humberside Police at 3:44 this morning for a small seal outside the new Wilkin and Chapman building!

“How it managed to find its way to this location is a complete mystery, but it’s lucky that it was the police who had spotted it!

“As sanctuaries aren’t open at 4 a.m. and the area it was in was too dangerous for it to be left, the only option was for it to come back with us to the rescue until more suitable long-term sanctuaries could be arranged. Thankfully, we’ve just got the call, and it’s got the allocation to Mablethorpe Seal Sanctuary. We’ve brought seals to this sanctuary before and know it will be in great hands!”

In an interview on Jan. 17, a spokesperson for Cleethorpes Wildlife Rescue said: “It is now at the seal sanctuary at Mablethorpe and is doing well! We have reason to believe that he could have come in via Grimsby docks and then made its way up the River Freshney. [Then] it came out and made its way along the road until it was found.”

The port town of Grimsby is on the south bank of the River Humber, on the North Sea coast. It is home to 40 percent of the world’s population of gray seals, according to the U.K.-based group The Wildlife Trusts. The marine mammals gather in large groups during the mating/pupping and molting seasons. They are a protected species in the U.K.

However, this isn’t the only seal found in the area.

The Marine and Wildlife Rescue charity said it rescued a seal on a road in the town of Great Yarmouth, south of Grimsby, on Dec. 29, 2021.