Vehicle had crashed through two houses and was engulfed by flames when officers pulled the driver to safety through a window. 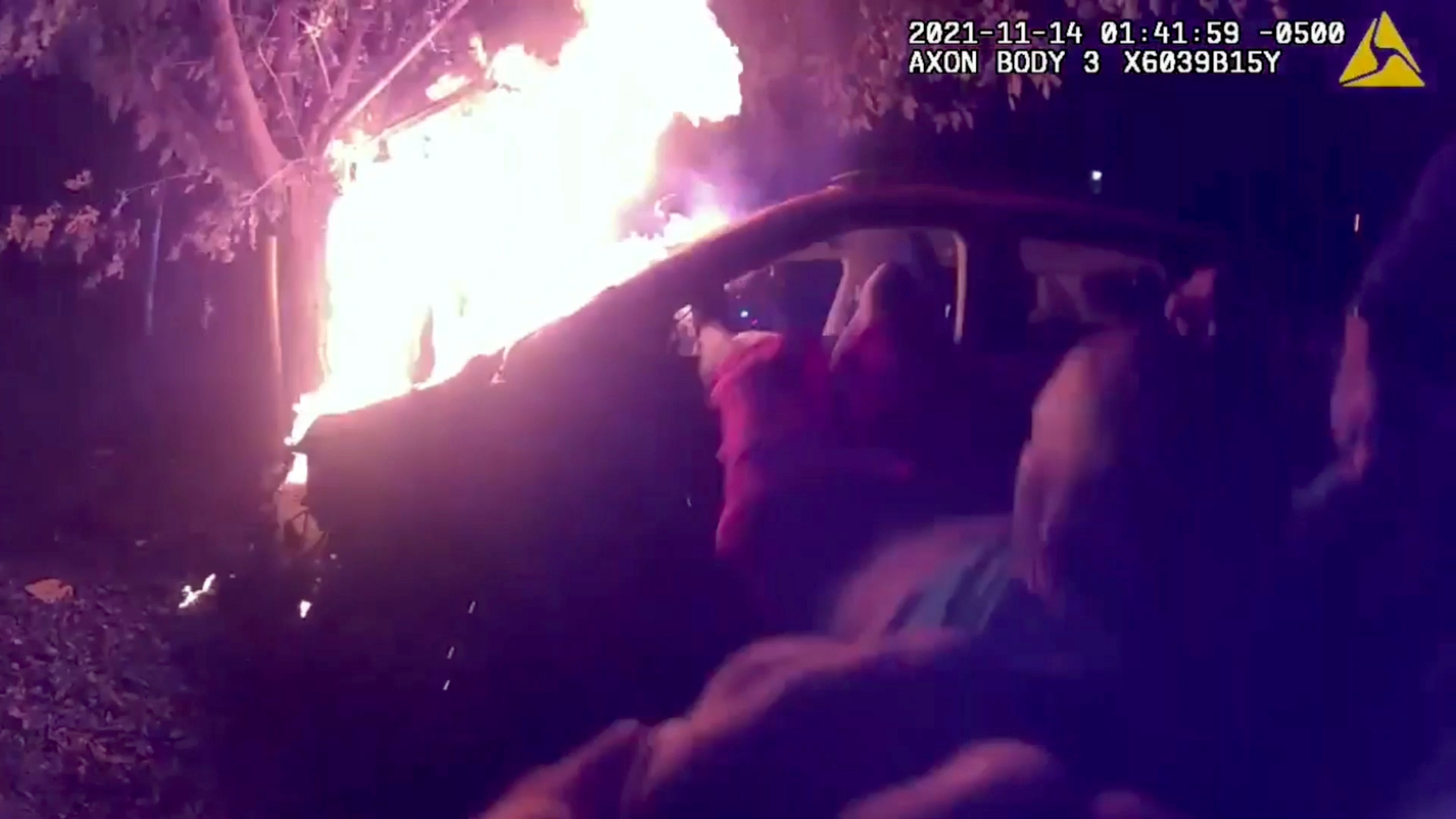 Atlanta police officers pulled a man from a burning car after it crashed through two houses and into a tree, where it caught fire.

Details on the rescued driver’s identity and condition were not immediately available, nor was any information on whether he will face any charges.

But footage of the chaotic scene he was involved in that was released by the Atlanta Police Department makes it clear the man is lucky to be alive. The body-cam video, taken in the early morning hours of Nov. 14, starts by showing a police officer arriving at the scene of a crash.

The officer notices that a man is in the driver’s seat of the crashed vehicle, which is on fire, with huge flames belching from the front of the car. The police officer attempts to pull the man from the vehicle, but he is unable to do so on his own.

But then a colleague arrives and pitches in, and they are finally able to save the man from being burned alive.

“An officer’s day is unpredictable,” Atlanta police said in statement. “They never know what is on the other side of a 911 call. It could be a homicide with a suspect at large, a domestic violence call, or a car accident with a car engulfed in flames and a person trapped inside.”

The statement identified the police officers who saved the man’s life as officers W. Adams and M. Todd.

But they were unable to open the car door, with the statement saying that they “quickly observed that the door handle on the car was missing/and or malfunctioning and there was no way to open the door to free the man.

“They frantically attempted a few more times to open the door to no avail and decided the best option would be to pull him through the driver side window, which they shattered to gain access. The officers used their body weight and strength to pull the male through the window to safety. Atlanta Fire and Rescue arrived shortly thereafter.”

The police said that the car had gone through two houses before hitting a tree and catching fire.

“Evidence on the scene indicated that the car had gone airborne and traveled completely through two houses (one abandoned and the other occupied) before striking a tree and bursting into flames,” the police statement said. “The quick thinking and bravery exhibited by Officers Adams and Todd saved the occupant from a tragic outcome.”