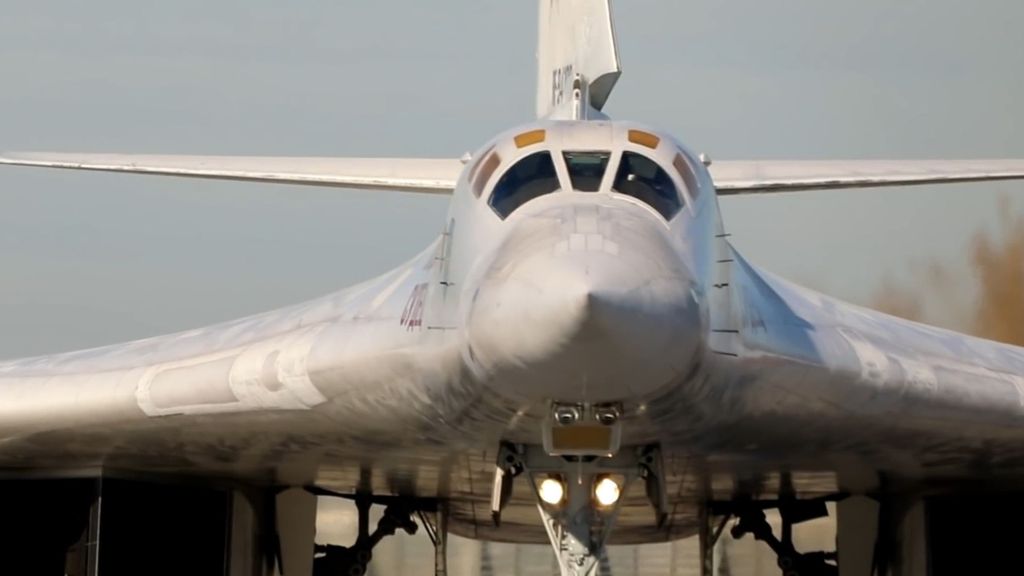 Two Russian supersonic bomber jets and several Belarusian fighter jets have carried out a joint patrol over the latter country’s airspace. The move comes amid rising tensions over an immigration crisis on the border Belarus/Polish border.

“Two Tu-160 strategic missile carriers of the Russian Aerospace Forces performed patrols in the airspace of the Republic of Belarus, during which issues with the fighter cover by Su-30SM jets of the Belarusian Air Force were worked out. The pilots successfully completed the assigned task,” said the Ministry of Defense of the Russian Federation.

Video of the mission shows the takeoffs, joint patrol and landings of the Tu-160s, along with a quick interior shot of a crew member carrying out a calculation with a slide rule, an analog computing device not often seen in today’s era of handheld digital calculators.

The Nov. 11 joint flight lasted more than four-and-a-half hours. During this time, the strategic missile carriers covered a distance of over 3,000 kilometers (roughly 2,000 miles). “These activities have been performed in order to ensure the military security of the Union State [created by the two countries in 1999] and are not directed against other countries,” the defense ministry said.

Earlier this week, Russia sent two supersonic Tu-22M3 bombers into Belarusian airspace in a similar show of support for its western neighbor amid rising tensions on the border with Poland.

That dispute centers on allegations that Belarusian leader Alexander Lukashenko has been encouraging migrants, mainly from the Middle East, into his country only to send them to the Polish border in an alleged attempt to provoke a migrant crisis in Europe.

The international row started over a strong crackdown on anti-government protesters initiated by Lukashenko, who is widely known as “Europe’s last dictator.” The European Union recently accused Belarus of taking part in “state-sponsored trafficking.”

In a similar vein, the United Nations’ refugee agency, the UNHCR, and the International Organization for Migration issued a joint statement calling on governments to ensure “the safety and human rights of migrants and refugees.”

With several immigrants’ deaths recently recorded at the border area amid the onset of winter temperatures, the U.N. agencies reminded states that it is “imperative to prevent further loss of life’ and to treat migrants and refugees humanely, as the highest priority…

“Our two organizations have publicly stated on several occasions that the instrumentalization of migrants and refugees to achieve political ends is deplorable and must stop,” the joint statement said. “Taking advantage of the despair and vulnerability of migrants and refugees by offering them unrealistic and misleading promises is unacceptable and has severe human consequences.”