The AUKUS will be shaping to counter China, while Indonesia, Malaysia and the Philippines have close ties to the West. 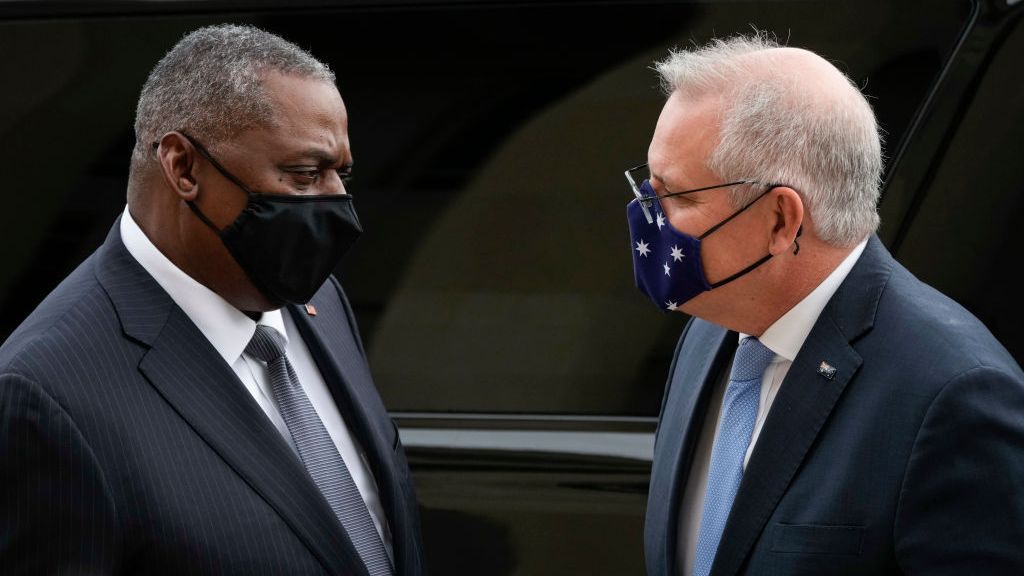 JAKARTA, Indonesia — The member states’ ability to check China’s efforts to assert its power in the Indo-Pacific is at the heart of the new trilateral security pact in which the United States and the United Kingdom have pledged to help equip Australia with nuclear-powered submarines.

Philippines President Rodrigo Duterte, however, warned that the formation of the strategic alliance AUKUS could trigger a regional nuclear arms race even though the submarines Australia is expected to have will be nuclear-powered, not nuclear-armed.

Two other Southeast Asian nations — Indonesia and Malaysia — are also speaking out about the new alliance to try to ensure their concerns are not ignored. For them, the pressing matters include ownership of disputed islands and freedom of navigation in the South China Sea.

According to polling data, the majority of citizens in those countries favor an active but non-aligned foreign policy with their country staying out of the internal affairs of other nations a guiding principle.

“We can expect Southeast Asian responses to AUKUS to range from ambivalence to acquiescence. Most likely, they will seek to stay out of the crosshairs of such arrangements while seeking to maximize benefits out of them, quite the same way as they approach other equivalent groupings outside ASEAN, such as Quad,” said Collin Koh Swee Lean, an associate research fellow at the S. Rajaratnam School of International Studies in Singapore.

ASEAN is a 10-member economic- and security-focused organization whose members include Brunei, Cambodia, Indonesia, Laos, Malaysia, Myanmar, the Philippines, Singapore, Thailand and Vietnam.

Philippines Foreign Minister Teodoro Locsin put a positive spin on the new pact, saying: “The enhancement of a near-abroad ally’s ability to project power should restore and keep the balance rather than destabilize it.”

With the South China Sea looming large in the relationship AUKS has with China, Rommel Banlaoi, a Filipino political scientist and security analyst, said three subjects to focus on affecting the dispute are unilateralism, popular nationalism and the involvement of extra-regional powers.

“Because definitely, the AUKUS will heighten they’re of the AUKUS with China. And Southeast Asian countries need to design more than usual ways” to handle the conflicts that will occur, Banlaoi says.

Sjarifuddin Hasan, a member of the Indonesian People’s Representative Council, cautions that “the AUKUS agreement must and will be better if it consulted ASEAN countries, especially Indonesia.”

“With the presence of AUKUS, at least it makes China think further because China’s power is no longer the single majority power in the SCS [South China Sea],” he said.

Regarding international relations, defense and security, Hasan cites Indonesia’s desire to remain politically free, active and neutral. “The presence of Indonesia ASEAN as a diplomatic hub with all Western parties, China, the AUKUS needs to be increased. We prioritize a diplomacy approach so that the presence of a military exposure is not required,” he said.

The AUKUS determination does not compel some Southeast Asia countries to forge closer ties with the West as during the Cold War, but the situation is nuanced. Unlike the Quad, AUKUS may carry a greater potential of becoming the forerunner just of an Indo-Pacific NATO. In any case, Swee Lean thinks that at this stage, at least the three AUKUS member countries are looking into expanding the grouping or transforming it into a SEATO-like pact. These powers would want AUKUS to be easier to accept by some countries as part of the regional architecture.

“While transforming it into a bigger Anglo-Saxon pact would be counterproductive to this objective, I suppose,” Swee Lean said.