Science graduate found the specimen in a piece of market stall jewelry. 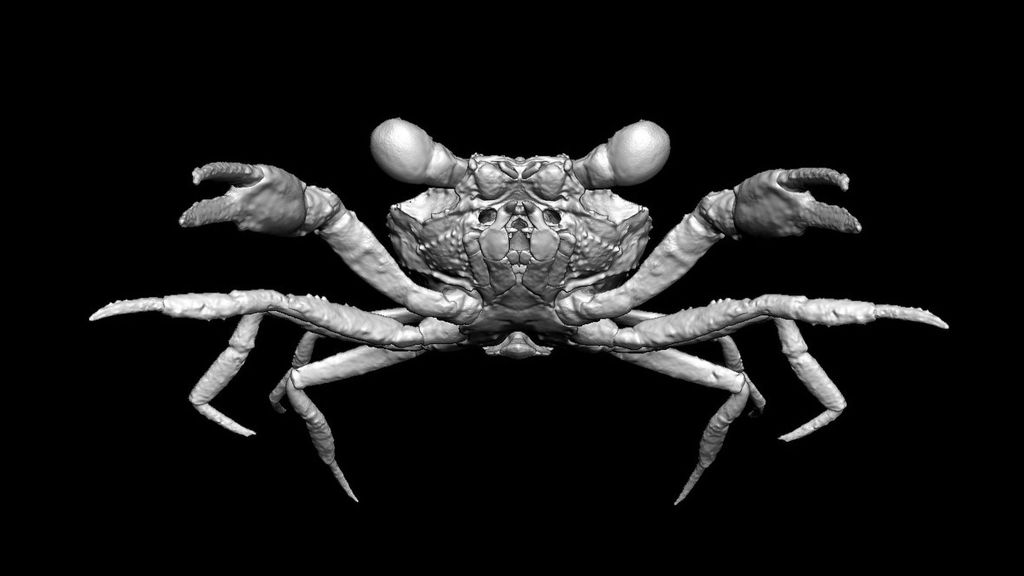 Trapped in amber for more than 100 million years, the most complete and oldest non-marine crab ever discovered was found inlaid in jewelry up for sale in a Chinese market in 2015.

Javier Luque got a tip while he was a University of Alberta Ph.D student about checking out the unusual jewels. A professor contacted Luque, who is an expert in crab evolution and worked on the discovery of the 95- to 90-million-year-old Callichimaera perplexa, known as the platypus of crabs.

“When I saw [the crab in amber] for the first time I could not believe my eyes,” Luque, now a research associate at Harvard University, gushes. “This spectacular crab looks so modern, like something you may find in British Columbia flipping rocks, but it is actually quite old and different from anything seen before, fossil or alive.”

Luque explained that the molecular record, which is built by DNA and RNA analysis, predicts that non-marine crabs split from marine crabs more than 125 million years ago.

Until now. The latest find is not only the oldest non-marine crab ever described, it’s also the most complete crab fossil of any type.

It’s named Cretapsara athanata, “the immortal Cretaceous spirit of the clouds and waters,” as it likely lived near a coastal environment during the Cretaceous period 100 million years ago.

Luque, along with a team of international scientists, reported their findings in Science Advances.

“This crab is telling us a very interesting story about the tree of life of crabs,” Luque said. “There is a lot of excitement about crab evolution because evolution has produced crab-like forms, known as carcinization, many times independently.”

Luque says this discovery shows that crabs have split off for land and fresh water more than 12 times since the “Cretaceous crab revolution” began, when crabs diversified and started evolving their characteristic body forms.

“It’s not an ancestor to the modern crab, but rather a distant cousin,” Luque said.

“It seems like evolution loves making crabs,” he said. “Crabs are doing something well, so nature is sorting them out and selecting for those forms over the less crabby relatives.”