Ida Maly died at a castle where thousands of disabled people were gassed. An exhibit marks the 80th anniversary of her death. 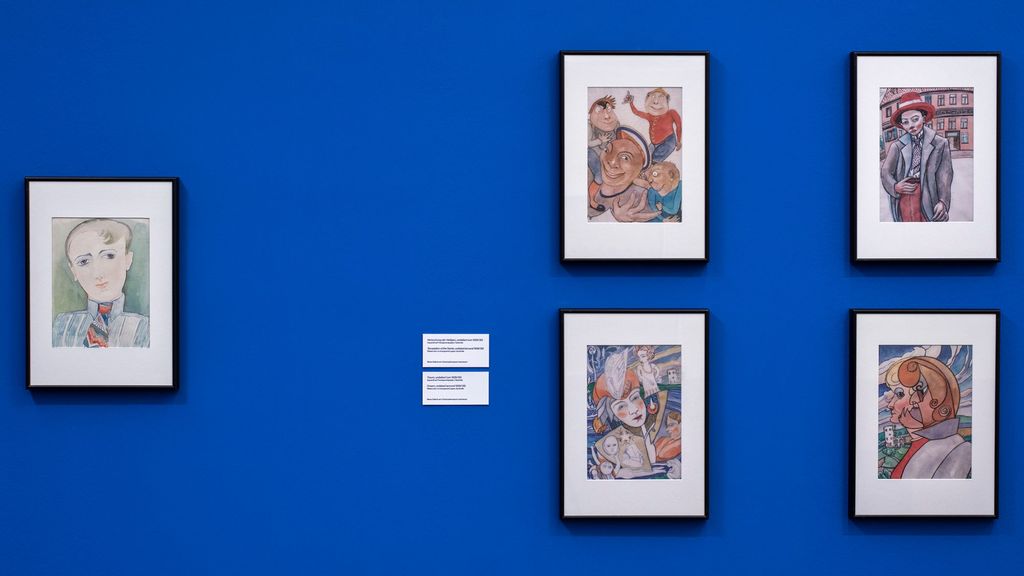 The works of Austrian artist Ida Maly, who was murdered by the Nazis in 1941, are on exhibit through Sept. 1, 2022, at the Lentos Art Museum in Linz, Austria.

Maly was an Austrian impressionist and modern artist born in Vienna in 1894. The Lentos exhibition marks the 80th anniversary of her death at the hands of the Nazis at Hartheim Castle. The castle was “one of six gassing installations for adults established as part of the ‘euthanasia’ program,” according to the U.S. Holocaust Museum. It is where German authorities carried out the last gassing of inmates.

Maly was diagnosed as schizophrenic and committed to a psychiatric hospital in 1928.

“The life and work of … Maly were shaped in equal measure by the political, social and artistic turmoil of her times.” the Lentos museum website says. “She began her studies in Graz and Vienna. In 1918 she escaped from the narrow confines of her native country to live in Munich, Berlin and Paris, where she absorbed all the latest influences. She was keen on amateur sports and worked as a freelance artist.

“In the 1920s her love of freedom was increasingly overshadowed by uncertainty and precarious living conditions. At the same time, Maly created a multifaceted oeuvre brimming with promising new aspects of the arts in the interwar period.”

Her time at the psychiatric hospital “did not signal the end of her work as an artist,” the museum said.

“She made pencil portraits of fellow inmates, which gave her subjects that dignity and individuality the inhumane psychiatry of the 1930s conspired to deny them.

“The exhibition at the Lentos Kunstmuseum Linz features a selection of her works. Retracing the trajectory of the artist’s life, it demonstrates how successfully she negotiated the stylistic maze of her times to arrive at her own unmistakable artistic language.”

The Nazi government instituted the “Law for the Prevention of Progeny with Hereditary Diseases” on July 14, 1933.

“This law, one of the first steps taken by the Nazis toward their goal of creating an Aryan ‘master race,’ called for the sterilization of all persons who suffered from diseases considered hereditary, such as mental illness, learning disabilities, physical deformity, epilepsy, blindness, deafness and severe alcoholism,” the Holocaust Museum’s website says.

The government increased its propaganda, labeling people with disabilities “useless eaters” and a burden upon society.

“Just a few years later, the persecution of people with disabilities escalated even further,” the Holocaust Museum said. “In the autumn of 1939, Adolf Hitler secretly authorized a medically administered program of ‘mercy death’ code-named Operation T4, in reference to the address of the program’s Berlin headquarters at Tiergartenstrasse 4.”

The Germans killed more than 200,000 individuals as part of Operation T4, the majority of them mentally and physically disabled patients. Alongside ‘euthanasia’ victims, some 6,000 prisoners from Mauthausen, Gusen, and Dachau were also gassed at the facility, the Holocaust Museum says.

«Previous Post
VIDEO: Rare Owls That Couldn't Give 3 Hoots They're Supposed To Be Extinct»Next Post
Catholicism Continues To Grow In Africa And Asia, Plummets In Europe, New Report Says