Jaguars — typically solitary creatures — have been living in social packs in Brazil and turning up their noses at fresh meat. 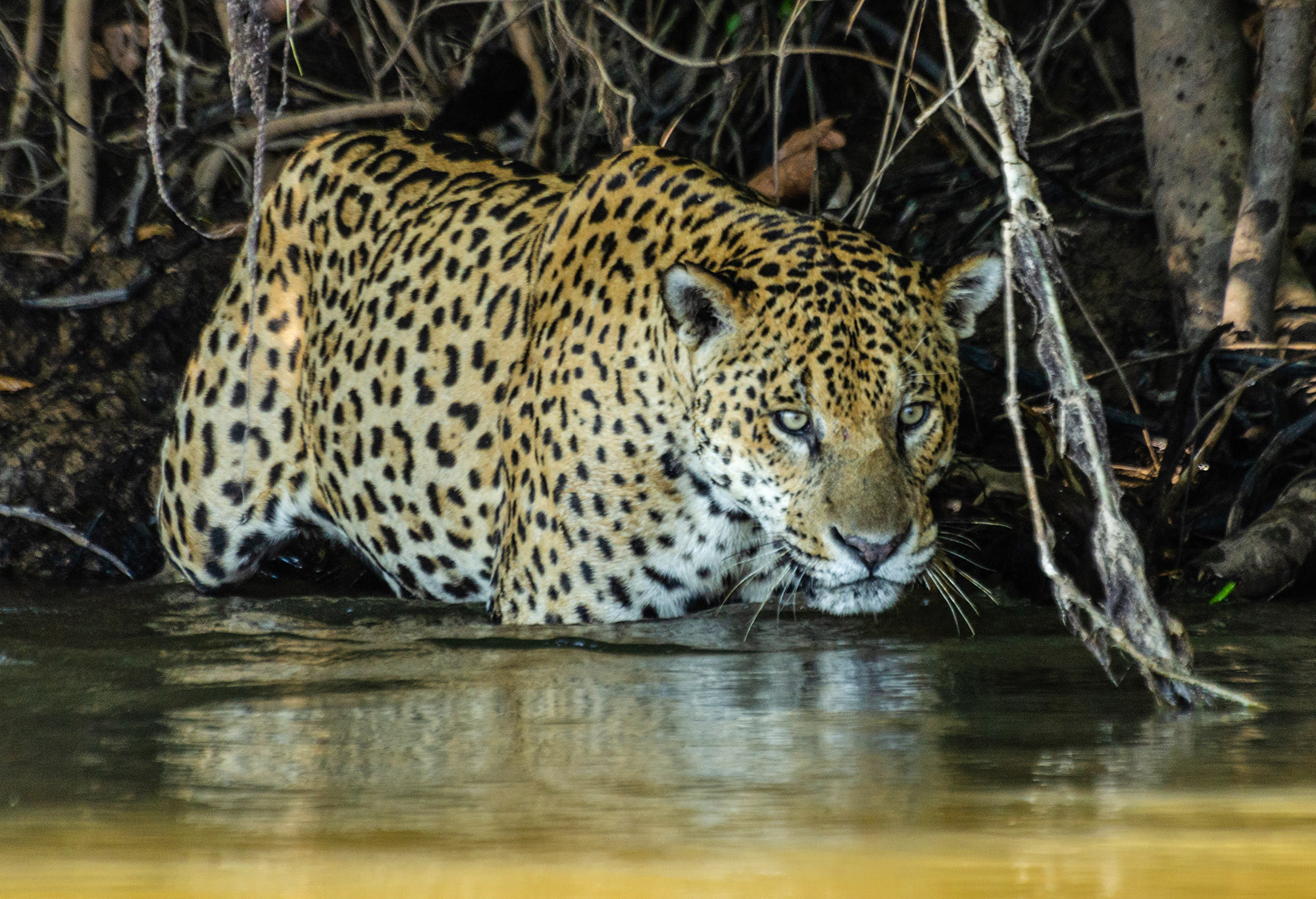 Researchers have found a unique group of jaguars deep in the Brazilian wetlands that primarily survive by fishing and lead very social lives, unlike other members of the species.

Jaguars are typically solitary, except for mothers with cubs, and they eat mainly deer and other mammals.

Yet Oregon State University researchers and a team of international scientists appear to have found the opposite behavior in a group of jaguars (Panthera onca) in the wetlands of Brazil’s Northern Pantanal, northwest of São Paulo. The Pantanal, which extends into Paraguay and Bolivia, is the largest tropical wetland in the world.

The jaguar is a large cat species and the only living member of the genus Panthera native to the Americas. In 2016, International Union for Conservation of Nature classified the big cat as “Near Threatened.”

According to the study, published in the journal Ecology, the observed jaguars showed contrary behavior, with diets that consisted mainly of fish and reptiles, which they skilfully caught themselves in the flooded wetlands.

Motion-sensing cameras showed that the big cats spent most of their time socializing, often by swimming together and relaxing on the river bank with members of their group, known collectively as a prowl or a leap.

Charlotte Eriksson, a doctoral student at Oregon State and the lead author of the paper, said the findings contradict the established belief that jaguars are solitary mammals whose social interactions are limited to courting or disputes over territory.

The researchers carried out almost all their work from boats as the wetlands inhabited by the jaguars are isolated, with no roads and no settlements in the region.

“Everything is boat-based. We obviously can’t drive. And we can’t really walk because there is water and … a ton of jaguars,” said Eriksson.

The researchers had to be covered from head to toe to avoid being bitten by bloodsucking insects in the flooded region.

Taal Levi, an associate professor at Oregon State, said the region has an unusually high density of jaguars. Levi initiated the project in collaboration with Brazilian researchers in 2014.

“This finding indicates jaguars in this region have by far the most aquatic diet and the least mammal consumption of any previously studied jaguar,” the researchers said.

“Even tigers in the Sundarbans mangrove forest in India, which may be the most comparable large family of cats in a similar habitat to the jaguars in the Brazilian region, consume mostly land-based mammals,” they said.

The scientists believe the density of jaguars in the area is so high because of the abundance and distribution of aquatic prey.

This abundance may also have encouraged the jaguars to be more sociable and playful, as competition for food is less of a concern.

“If there is a lot of food around, there is less of a need to fight over it,” Eriksson said.

Researchers documented 80 independent social interactions between adult jaguars, with one of the most impressive moments being when two male jaguars spent over half an hour sitting in front of a camera playing together.

“Typically, you rarely see an apex predator on camera because they move over really large areas. Jaguars were the most frequently seen mammal on camera, which is really unusual,” Eriksson said.