The husband shot and killed one of the intruders who confronted him, his wife and their daughter. 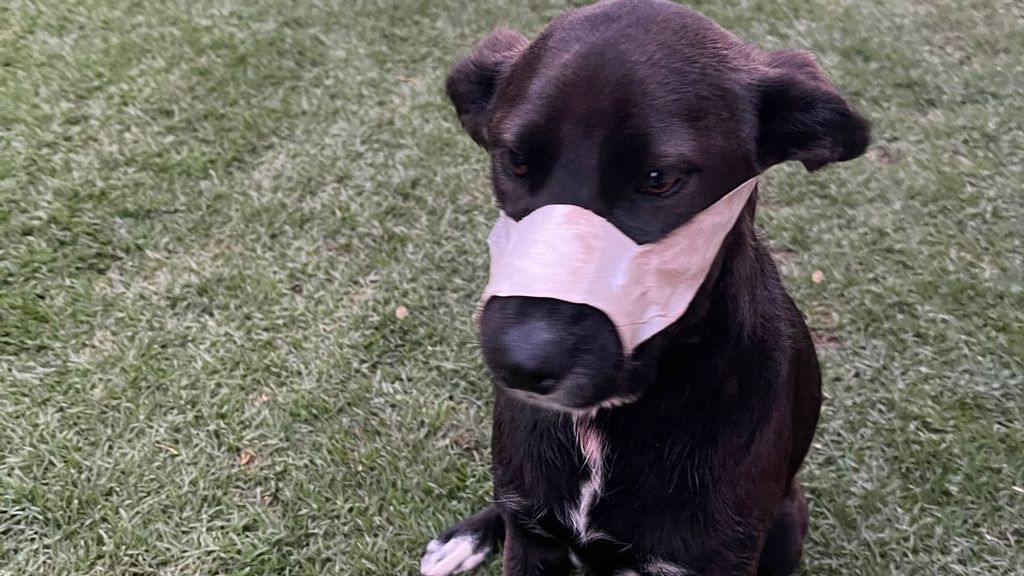 Kei is her homeowners’ hero after she took a bullet while helping to save them from burglars who invaded their home in Benoni, South Africa.

The Lamont family’s 2-year-old rescue dog was shot in the face while confronting burglars who broke into the home of Sarah and Warren Lamont on the morning of Oct. 10. When one of the gun-wielding invaders entered the bedroom occupied by Warren and his wife, Warren shot and killed the intruder.

Another of the Lamonts’ dogs, a tiny Biewer terrier named Holly, also rushed to try to ward off the burglars. Sadly, Sarah Lamont said, Holly was shot and killed by one of the intruders.

Sarah Lamont said that she and her family are still traumatized by the events, but she said she is very grateful to her two dogs for having been so brave.

“My Holly died being a hero and Kei is a hero because she continued attacking the intruder despite her injuries.”

The burglars apparently were drawn to the Lamonts’ house because they heard the alarm going off. The Lamonts had been working on the home alarm system, which had been struck by lightning, Sarah Lamont said.

She said she and Warren were in their bedroom, and their daughter, Jordan, 13, was in her bedroom at the time of the home invasion.

Lamont said they heard a noise downstairs, but before they could investigate, one of the home invaders made his way up the stairs. At Jordan’s bedroom, the burglar was met by Kei, who had been lying on the bed.

“Maybe she just wanted to stay with my daughter, because she was afraid that if she left her she would not be able to protect her. But you never know how a dog is thinking, you know? But in any case she is a true hero,” Sarah Lamont said.

Sarah Lamont said that despite being shot, Kei bravely continued to fight the intruders.

One of the men fled downstairs “still shooting all over the place,” Lamont said: “He actually jumped over the back wall and fled.”

Kei chased after him, despite her injuries, Lamont said.

Sarah Lamont said a fundraising campaign has been set up to pay for Kei’s treatment, which will be long and arduous, though veterinarians think she will make a full recovery. She said the response has been “wonderful,” and a local company has offered to pay for Kei’s rehabilitation.