Utilities Pursuing Microgrids And Other Resiliency Measures For Future Storms 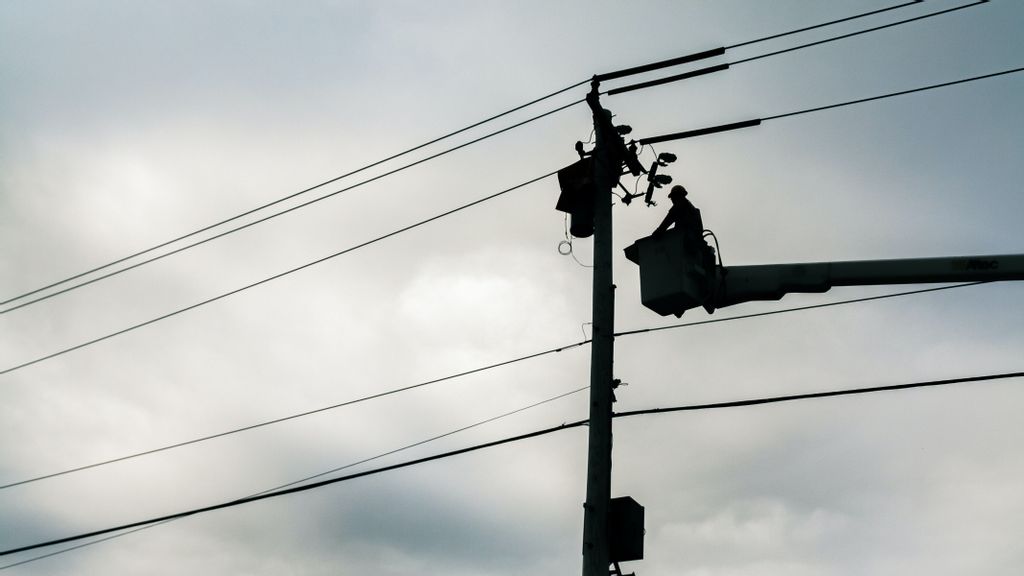 WASHINGTON — As an extreme cold front bore down on its state in February, the campus at the University of Texas at Austin was able to keep the power on while many parts of the state suffered blackouts. That’s because the flagship university is a pioneer in the technology of the “microgrid,” a small-scale power system that came up big during the winter storm that saw more than 4.5 million homes and businesses lose power during frigid weather.

Now, energy industry officials are promoting microgrids, along with other grid-supporting technology, as a way to blunt the impact that severe weather like the Texas winter storm and August’s Hurricane Ida can have on the power grid that is anticipated to receive even more abuse from storms in the future.

The University of Texas’s microgrid “was resilient, reliable and able to weather the storm,” said Katherine Hammack, director of special projects at the U.S. Green Building Council, which was promoting increased microgrid deployment during a Thursday event hosted by the Business Council for Sustainable Energy.

As Congress considers an ambitious and controversial spending bill that would significantly fund climate change measures, energy industrial officials argued on Thursday that policy in the legislation to promote technology like microgrids and other resiliency measures were critical for the country to be ready for more extreme weather in the future.

“Yesterday’s infrastructure is not ready for tomorrow’s weather,” said Jason Burwen, CEO of the Energy Storage Association, whose member companies produce utility-scale batteries that are promoted as another technology that is critical to not only make the electric grid more resilient, but also to address climate change by storing energy generated from wind and solar.

Mitigation and recovery from the damage of extreme weather events is something that utilities and energy companies must now routinely consider in their planning, officials said.

Brian Wolff, executive vice president of public policy at the Edison Electric Institute, said weather events were draining significant workforce resources from its member companies, the investor-owned utilities that serve approximately two-thirds of the U.S. public. To rebuild after the most recent storm Hurricane Ida, utilities sent 27,000 workers from 41 states, he said, adding that it took 65,000 workers deployed to the Northeast to rebuild after 2012’s Superstorm Sandy.

The costs of these storms are adding up, the building council’s Hammack said. Since the National Oceanic and Atmospheric Administration began tracking extreme weather events in the U.S. in 1980, it has cataloged almost $2 trillion in damage, with $99 billion in 2020 alone.

With forecasts of stronger, more frequent storms in the future, McKinsey & Company estimated that the average utility spent $1.4 billion in storm costs over the past 20 years, but faces costs of around $1.7 billion over the next 20 years. Meanwhile, the business consulting firm projected that it would cost a typical Southeastern U.S. utility $700 million to $1 billion in upgrades to avert these issues.

“The costs associated with extreme weather increases are getting worse,” Hammack said. “This year, we’ve already had 10 extreme weather events, and all of them caused power loss.”

As a result, utilities are taking new measures to help protect and prepare themselves for extreme weather. California-based Sempra Energy has hired a team of full-time meteorologists to monitor conditions for its utility grid, said Sharon Tomkins, the company’s vice president of sustainability. It’s one of many steps the company is taking to protect itself from weather events like the forest fires that currently threaten the power grid in nine states.

“We have weather stations that can record wind speeds and humidity in fire-prone areas,” said Tomkins, adding that Sempra Energy was upgrading its grid’s wooden poles and replacing aged conductors.

But such steps, along with more accurate predictions by meteorologists, aren’t enough to protect the existing power system, officials at the event said.

Better resilience needs to be built into the grid, through technology systems like microgrids and energy storage, which several officials said can only be done through tax credits like those in the $3.5 trillion reconciliation budget bill currently being debated in the U.S. House of Representatives. The bill’s price tag has prompted some reservation among Democrats who are crucial for its passage.

The proposed tax credits in the bill will extend the Investors Tax Credit, primarily used for solar facilities, and the Producers Tax Credit, generally targeted at wind energy investments, to several new technologies, including for microgrid converters and energy storage. The provisions would provide a 36 percent tax credit for the purchase of equipment related to these technologies through 2031, taking the tax credit rate lower in subsequent years.

“The energy tax credits send a price signal to the market that this is something to put investment in,” said Burwen, adding that these credits would help boost the growth of technologies like energy storage, microgrids and others, while also giving stage regulators better tools to evaluate for resiliency. How big are the credits being proposed for microgrids?

The University of Texas operates one of the largest microgrids in the country, supplying 100 percent of the university’s power for its 74,000 students and faculty at the 22 million square foot campus. But they don’t have to be that big to be effective, Hammack said.

Microgrids are stand-alone electrical systems that include a form of generation — often solar power — as well as transmission infrastructure and potentially an energy-storage system, according to the U.S. Energy Department. A microgrid has connectivity to the larger utility grid, but can also operate independently.

A recent energy department report described how microgrids can be installed at the home level, where rooftop solar panels can feed power back into the grid under normal operations, while separating from the grid when the solar power is needed to power the home.

Edited by Matthew B. Hall and Bryan Wilkes