Qatar acts as an intermediary between the Taliban and other countries with its strategic position as a small but oil-rich state. 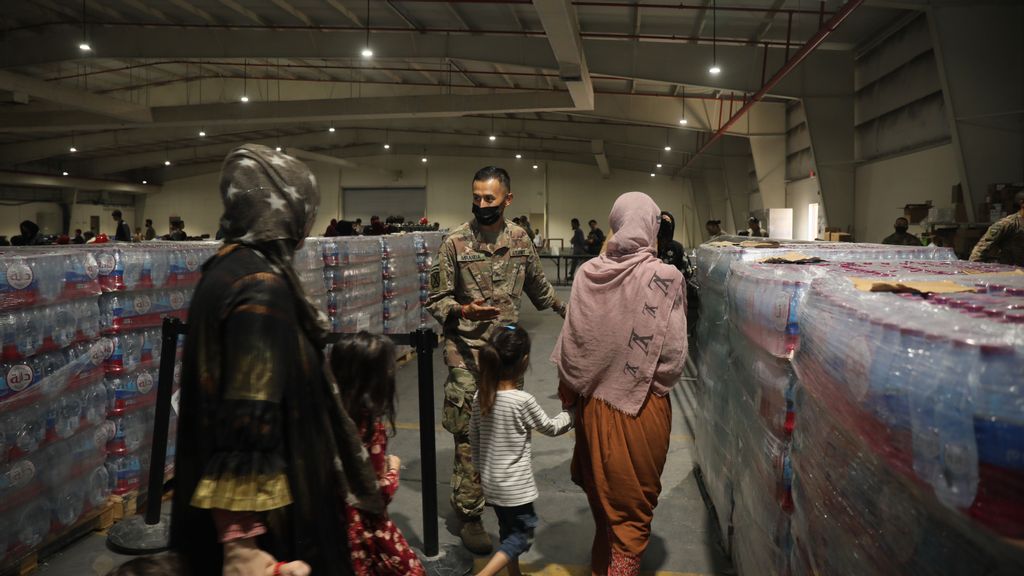 Washington’s foreign policy establishment is increasingly divided over U.S. Secretary of State Antony J. Blinken’s recent diplomatic trip to Qatar, a nation that has been America’s vital intermediary with the Taliban.

Qatar is one of the world’s smallest countries (at about 4,400 square miles, 163 other nations are larger in area); one of the richest (at $50,800 GDP per capita, just 20 countries are wealthier, according to the World Bank); and among the most influential (Al Jazeera drives conversation among Arabic- and English-language speakers worldwide). It is also home to a large and vital U.S. air base. But it is Qatar’s outsized role in international diplomacy that is causing debate among Washington’s foreign policy insiders.

Blinken’s trip is controversial because Qatar helped convene a series of meetings between the U.S. and the Taliban, culminating into a controversial U.S. withdrawal that has contributed to President Joseph R. Biden Jr.’s sharp drop in presidential approval polls. Half of Americans disapprove of Biden’s performance as president, according to an average of polls maintained by RealClearPolitics. In the days following the Afghanistan withdrawal, just 39 percent approved in a poll conducted by The Economist and YouGov.

In building its global influence, Qatar allowed the Taliban to open a representative office in Doha, its capital city, in 2013. Soon thereafter, Qatar became home to some of the Taliban’s highest-ranking officials and their families.

While Blinken is relying on Qatar to facilitate communication between the Taliban and the U.S., Washington-based scholars, diplomats and intelligence officials are divided over whether it is a powerful friend or a nation with an agenda that diverges from American interests. “We [the United States] are kind of giving that role to Qatar to be our mediator to speak to the most dangerous elements of extremist Islam in the world,” Middle East Institute Defense and Security scholar Marwa Maziad told Zenger.

“I think Qatar did modify lots of its behaviors, such as finances, just because the United States was on its case. But there is still a threat,” said Maziad. “The Qatars still engage — in complex ways — with a set of problematic organizations, be it Hamas, the Taliban, the Muslim Brotherhood or others with Islamist, extremist, militant jihadist ideology.”

The United Arab Emirates, Saudi Arabia, Egypt and Bahrain cut formal ties with Qatar in June 2017, accusing the country of funding terrorism across the Middle East. They imposed travel and trade blockades that could be lifted if Qatar closed its Doha-based Al Jazeera broadcast network and also cut ties with Iran, which has historically been seen as an ideological and political threat to the Saudis.

Acceding to Saudi and Emirati demands would have been impossible for Qatar. Al Jazeera is a private corporation owned by various Qataris including members of the ruling family. And since the Arab world’s most successful broadcaster has not been charged with any crimes, there is no legal basis for shuttering it. Iran, Qatar’s northern neighbor across a small strip of seawater, is also its business partner. Qatar collects millions of dollars per day in sales from the Pars natural gas field that it shares with Iran.

Qatar, a wealthy monarchy, was able to withstand the short-term financial impact of the blockade, which ended with a “solidarity agreement” in January 2021 at a Gulf Cooperation Council summit held on Saudi soil.

Steven Cook, a senior fellow at the Council of Foreign Relations, said he is seeing “a thawing of relations between Qatar and such major Arab countries as Saudi Arabia and Egypt after years of hostility. Qatar has a close relationship with non-Arab Turkey and maintains ties with Iran with whom the Qataris share a large gas dome.”

The United States, Israel and some European countries have accused Qatar of bankrolling terror groups. Qatar has denied every allegation.

“There have been allegations of this sort,” said Cook. “especially when it comes to al-Qaeda, but there is no hard evidence. The Qataris, like other regional actors, funded various militia groups fighting the [Bashar al-]Assad regime in Syria, some of whom were linked to extremists.”

Congress in 2013 found that some Qatar-based charities supported al-Qaeda and have been funneling funds into the U.S.-designated terrorist group for years.

The U.S. Department of the Treasury imposed sanctions in 2013 against Abd al-Rahman bin ‘Umayr al-Nu’aymi, describing him as a “Qatar-based terrorist financier and facilitator who has provided money and material support and conveyed communications to al-Qa’ida and its affiliates.”

Then-Under Secretary of the Treasury for Terrorism and Financial Intelligence David Cohen condemned Qatar in 2014 for facilitating terror funding. “A number of fundraisers operating in more permissive jurisdictions — particularly in Kuwait and Qatar — are soliciting donations to fund extremist insurgents, not to meet legitimate humanitarian needs,” said Cohen. “The recipients of these funds are often terrorist groups.”

Qatar pledged another $40 million in aid to the people of Gaza for rebuilding the war-torn strip in 2021, according to the United Nations. Qatar has donated hundreds of millions in aid since Qatari Emir Sheik Hamad bin-Khalifa al-Thani became the first head of state to visit Gaza since Hamas won control of the strip in 2007. Hamas has been formally designated as a terrorist organization by the U.S., the European Union and Israel.

Amid the accusations, Qatar has been focused on improving diplomatic ties with western powers. Qatar aided the United States, after the Taliban’s takeover of Afghanistan, in transporting 43,000 U.S. citizens and at-risk refugees through an emergency American processing facility in Doha.

“Qatar is a small actor, but it is obviously trying to gain more soft power, which is very intelligent. With Al Jazeera and other ways, they’re trying to find their place in the region,” said Deina Abdelkader, associate professor in political science at the University of Massachusetts, Lowell. “It’s very indirect and very low-visibility, as opposed to other actors in the area.”

The Qatari embassy in Washington did not respond to a request for comment. Press requests there must be pre-approved by the ambassador.