Dazzling colors of aurora borealis light up the night sky in Alaska. 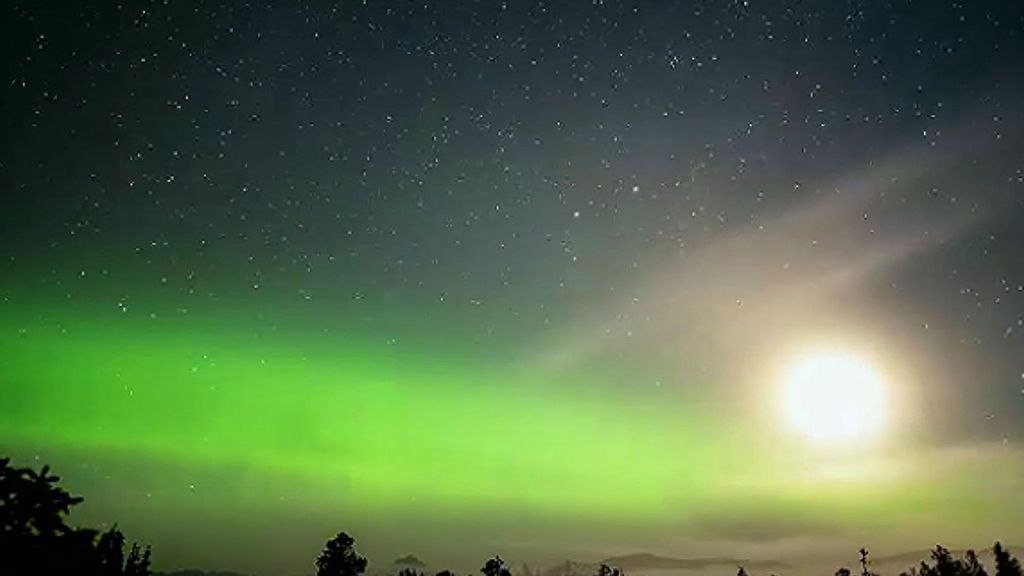 A dazzling attraction, the aurora borealis, also known as the northern lights, are part of Alaska’s lure.

The video was shared by Glacier Bay National Park and Preserve in southeastern Alaska, west of the capital Juneau.

“For much of the summer, the sun stays up too long to allow for stargazing or aurora viewing, but on Monday night and earlier last weekend, the aurora and dark starry skies returned!,” the caption accompanying the posted video states. “Many sky watchers across northern latitudes saw one of the first shows of this aurora-season.

“Clear skies can be rare this time of year in Glacier Bay, with clouds retaking the sky at the end of this time-lapse clip.”

The northern lights are “collisions between electrically charged particles from the sun that enter the Earth’s atmosphere. The lights are seen above the magnetic poles of the northern and southern hemispheres,” according to the Northern Lights Centre in the Yukon Territory of Canada.

Auroras are caused by disturbances in the magnetosphere as a result of solar wind.

The time-lapse video shows the sky turning a bright shade of green before clouds cover the view. Variations in color are caused by gas particles colliding. Green and pink are the most common colors, but shades of red, yellow, green, blue and violet have been reported.

The lights of the aurora rise from 50 miles to as high as 400 miles above the Earth’s surface, according to the Northern Lights Centre.

The areas closer to the Arctic Circle are the best places to see the northern lights, including Canada, Greenland, Iceland, Sweden, Finland and Norway, in addition to Alaska.

Aurora was the goddess of the dawn in Roman mythology.