Tokyo Bronze Will Inspire Me To Do More Hard Work: Indian Paralympian Archer

The 31-year-old became the first Indian to win an archery medal at the Paralympics. 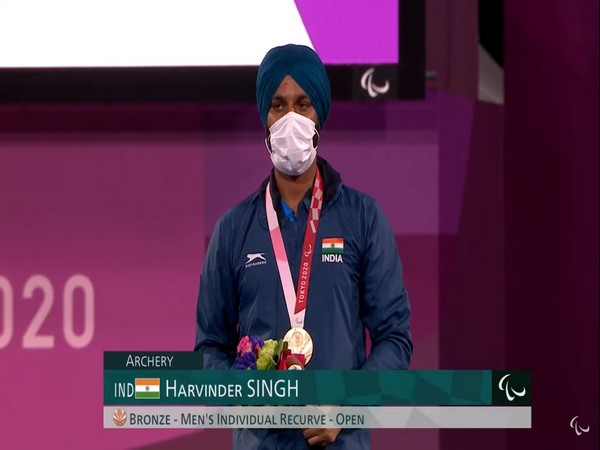 TOKYO — Harvinder Singh, the buoyant Indian archer, after winning the historic bronze medal at the recently concluded Tokyo Paralympics, stated that his third-place finish will inspire him to do better in future tournaments.

The 31-year-old Indian archer on Sept. 3 became the first Indian to secure a medal in archery at the Paralympics.

Singh started and finished his day with a shoot-off win in the round of 32 and in the bronze medal match, respectively.

The Indian spent almost 12 hours at the Yumenoshima Park Archery Field and overcame the vivid conditions to finish on the podium.

“In the semifinal match, it was raining first, then it stopped [raining], and winds started blowing. So it was three conditions in one match. And because of those things or because of me, there were some shortcomings, but I fulfilled them by winning the bronze medal later.”

He defeated South Korea’s Min Su Kim by 6-5 to find a podium finish. The bronze medal match was forced into the shoot-off after both archers shared the spoils in the five sets. He played a total of three shoot-offs on Sept. 3 and won all three on his way to bronze.

“Everyone here is calling me shoot-off master,” Singh said.

“So I am feeling happy that I played three shoot-off and won all three. To win the medal, it’s necessary to practice the shoot-off because the shoot-off happens every time. If it doesn’t happen in the first [match], it will happen later as matches get tough. And all the practice that you did in past years, you have to show that in one shot [in shoot-off]. You have to give your best with proper finishing and shot.”

“I reminded Harvinder that how he won the gold in Asian Games, and he has to repeat the same thing here [in Tokyo]. Kuldeep Sharma and I trained all the archers for shoot-off and one-to-one matches,” said Kuldeep Sharma, Singh’s coach.

“I will start the training when I return as our World Championship will be happening in February 2022, and after that, we will have Asian Para Games,” said Harvinder talking about his next target.

“This medal [bronze] will remind me of my hard work and will inspire me to do more [hard work].”