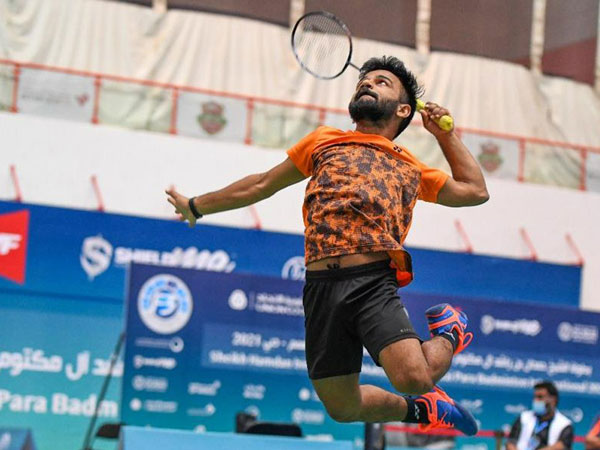 TOKYO — Krishna Nagar, the Indian shuttler who won a gold medal in the ongoing Tokyo Paralympics, said his only aim was to hold the lead during his game as it becomes very hard to bounce back in a big match like a final.

The Indian shuttler said his biggest dream has been fulfilled.

“My sports journey started when I made my debut in para-badminton,” said Nagar.

“And today, my biggest dream has been fulfilled of winning gold at Paralympics.”

Nagar said he was determined to win the final set after going down in the second essay in the summit clash.

“In mind, I knew that I had to win the third set at any cost; the court on which I was playing on was helping me actually,” he said.

“So I had in my mind that I have to take the lead before going to the second half of the third set so that if I would make any mistake, I could cover them up during the game. I had one thing in my mind that I shouldn’t give the lead to Chu Man Kai; hence I kept a lead of at least one or two points during the match. And as soon as I reached the 17th point, I just ran away with the win.”

Meanwhile, shuttler Manoj Sarkar, who won a bronze on Sept. 4, said the feeling of winning a medal in the Paralympics could not be expressed in words.

India had sent its highest ever contingent of 54 para-athletes across as many as 9 sporting disciplines. Badminton and Taekwondo made their debut in Tokyo, both of which were represented by India.

Since making its first appearance at the Paralympics in 1968, India had won 12 medals until the 2016 Rio edition. It has now drastically improved upon that total number by 7 medals at the Tokyo Paralympics 2020 alone.