She also takes the bear on picnics and for rides in the car. 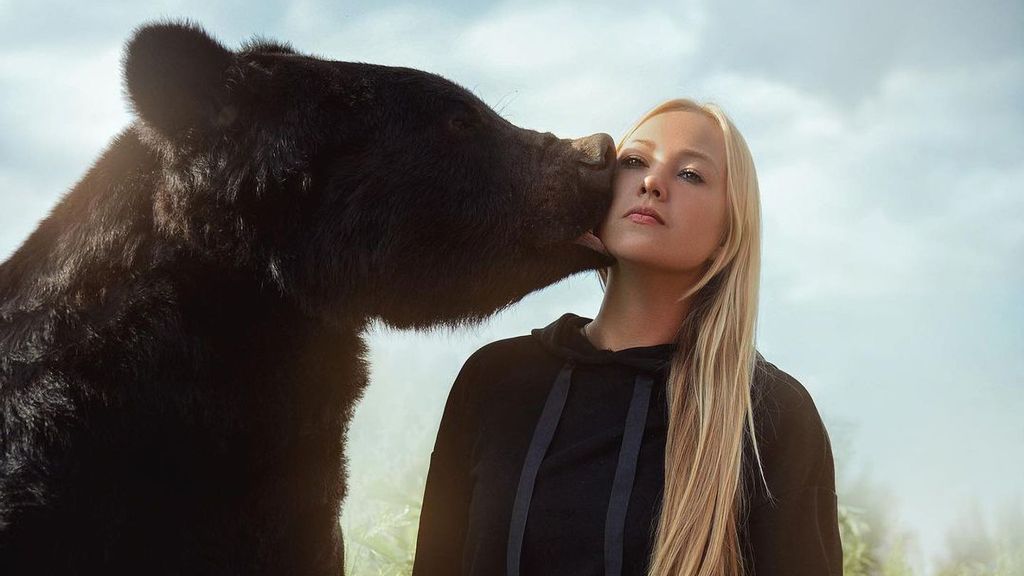 A dog may not be man’s only best friend.

A Russian woman who cares for a pet Himalayan black bear dances with him, drives him in her car and takes him on walks.

She posts videos of these activities on TikTok and Instagram, seemingly oblivious to any danger the bear could pose.

“Unlike American black bears, Asiatic black bears are much more likely to come into contact with humans. Because of this, they are known to be much more aggressive toward humans. There are numerous records of human attacks and killings,” according to bearsoftheworld.net.

Veronika Dichka, from Novosibirsk in southwestern Siberia, was given Toptyzhka by friends who run a safari park. She is now the bear’s full-time caretaker.

“They brought him to me because they weren’t able to look after him and didn’t need him. So, I became his guardian, and there are a few others who work with me who are professionals to make sure he’s properly cared for,” said Dichka.

She said most of the day is not spent making videos. She keeps the bear in touch with nature through walks outdoors and the opportunity for him to climb trees.

But on other occasions, she takes photos and videos of him dancing, fishing from a boat and even taking a ride with her in the car.

She said she makes the videos so other people can share in the fun she has with Toptyzhka.

“It’s important for people to realize that any animal is capable of friendship and trust with human beings, like this bear, if you take care of it and treat it properly and with respect,” she said.

Himalayan black bears (Asiatic black bears) are “protected under both international and national laws, but often these laws are not enforced,” according to the International Union for Conservation of Nature Red List of Threatened Species, which lists the species as vulnerable.

Though the bear dwarfs Dichka, she said she feels safe with him and takes her role as his guardian seriously.

“I feel safe because there is a connection between us,” she said. “He’s attached to me and that allows me to train him. I take care of him every day, including feeding, drinking, walking and even bathing him.”

She said it was a logical next step to introduce him to her other passions: fishing and ballroom dancing.

Several of her videos have drawn millions of views. They include scenes from everyday life. One shows her shopping for sausages, which are delivered in a rucksack to the bear. Then the bear disappears with the food.

Asiatic black bears are found in the mountains and forests of southern Asia, including in Afghanistan, Pakistan, India, Nepal and Burma. Adult males weigh from 220 to 400 pounds and are from 4 feet to 6.25 feet long.