Russian shows off his smooth style and attracts millions of views. He’s been skateboarding for 40 years. 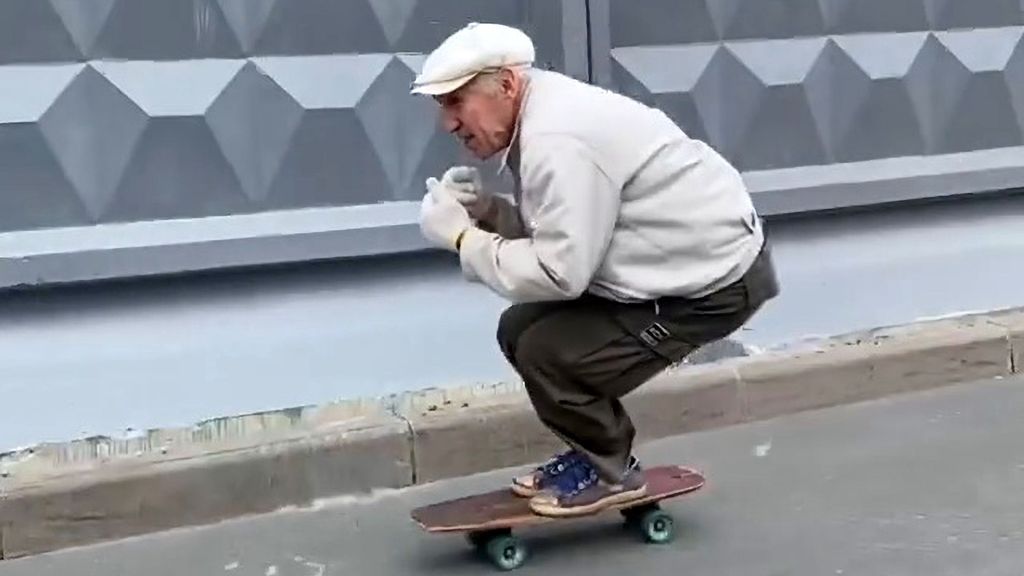 A 73-year-old Russian man proves you can wow people at any age.

Known only as Igor on social media, he is seen on video demonstrating his skiing-style skateboarding.

After 40 years of honing his ability, Igor, of Saint Petersburg, cruises along in serpentine fashion on an empty street. His video, posted on Instagram in early August by fellow skateboarder Max Timukhin, has 309,000 likes.

But the same video shared on Reddit has gone viral with 3.4 million views.

Timukhin originally overlaid the clip with the Fleetwood Mac song “Everywhere,” featuring the lyrics: “I wanna be with you everywhere.” The song was seen as an acknowledgement of Igor’s zest for life. But due to copyright issues, the music had to be replaced with a different track.

Little is known about Igor, including his last name, profession, background or why he likes skateboarding.

In the video, he sails along a city pavement in zigzag style. His skateboard appears to be worn, suggesting it has weathered plenty of use.

Igor eventually clips a curb and jumps off his board. He does a little jog and slows down without incident.

Numerous studies have shown the benefits of staying active and exercising in later life. Activities such as skateboarding can help reduce blood pressure issues, diabetes and osteoporosis. They can also improve neurocognition.

A study conducted by Instinct Laboratory and Flo Skatepark found skateboarding can lower stress and increase confidence, according to Skateboard GB.

“In a year when mental-health issues are at an all-time high, it’s positive to see that people are able to help combat it with something they already enjoy doing,” said James Hope-Gill, CEO at Skateboard England and Skateboard GB.

Saint Petersburg is Russia’s second-largest city after Moscow. Founded by Peter the Great, it was once the country’s imperial capital. It is still considered to be its culture capital.