“Awesome Dawesome” encourages her students to laugh and express their emotions. 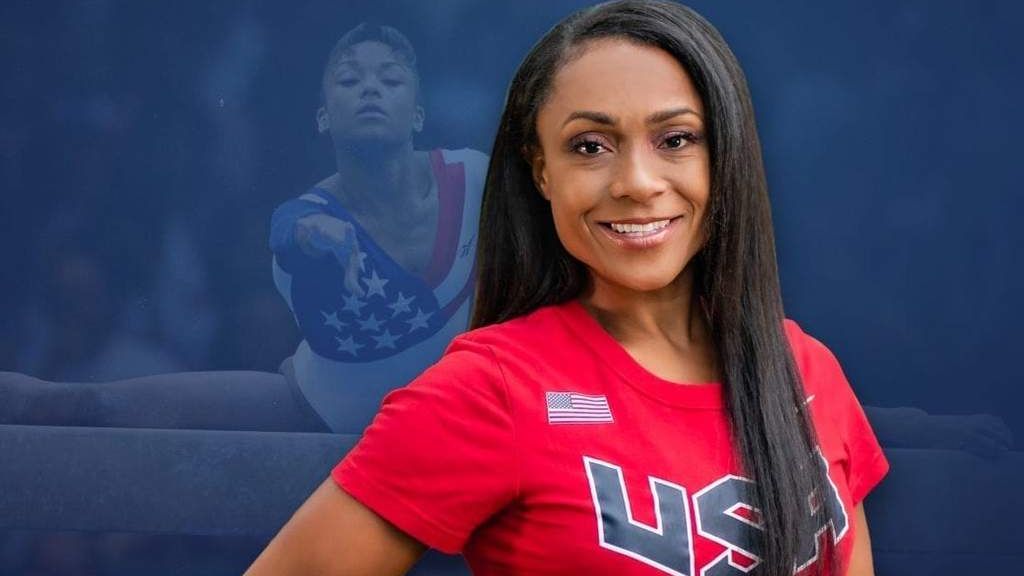 During her performances, Dawes says she rarely smiled. But today, as a wife, mother of four young children and owner of a gymnastics academy, she encourages the girls she trains to express emotions that would not have been acceptable during her career.

Dawes was a member of the “Magnificent Seven” team that won gold at the 1996 Summer Olympics in Atlanta, Georgia.  She was the first black person — male or female — of any nationality to win an Olympic gold medal in gymnastics, and the first African American to win an individual Olympic medal in the floor exercise.

Dawes said her views on gymnastics changed after she became a mother.

“I think it is important for our kids to enjoy their childhood,” said Dawes, who started in gymnastics when she was 6 years old.

In the 2020 documentary “Art of the Athlete,” Dawes talks about moving away from her parents and siblings when she was 10 to pursue her dream of being a world-class champion. While she later would be nicknamed “Awesome Dawesome,” her journey was not easy.

“Everything that came out in 2016 regarding [former USA Gymnastics national team doctor and convicted sex offender] Larry Nassar … it was the culture that allowed that to go on,” Dawes said. “He abused so many young girls, and now we are shining a light on a culture that has some horrible, physical and psychological abuse.

“I want to make sure that we are focusing on building and not tearing kids down, building them up to be champions in life.”

Dawes said she doesn’t have a competitive team at the Dominique Dawes Gymnastics and Ninja Academy in Clarksburg, Maryland, and that is by choice.

Her academy “is all about creating a healthy environment and being honest about the journey that I had, back in my career. While I love sports, it can be a very grueling environment. What I am offering is quite different. I want people to have a healthy introduction to the sport of gymnastics. It is not about building champions. It is more about happy and healthy kids growing up to be healthy adults.

“As a mom of four, I see life differently,” she said. “Everyone has different strengths and abilities. I see every kid there as gifted and talented. That’s how my facilities run, as opposed to a highly competitive facility.

“It can be a very grueling environment, but I want people to have a healthy place. We are planting positive seeds, and it is really about building the self-esteem and the emotional psychology of smiling and laughing and caring about [children] as people.”

Changing the “spirit of gymnastics”

“We are really striving to change the spirit of gymnastics. It was the culture that allowed the abuse of so many young girls,” she said.

Dawes, who spoke with Zenger before Team USA began their performances in Tokyo on Sunday, said she and her family would be watching.

“I feel like everyone in the globe is going to be watching, being what we have been through over the last year and a half,” she said. “We are cheering for them.”

Dawes married Jeff Thompson, a teacher in Potomac, Maryland, in 2013, and today they are parents of a 7-year-old, a 5- year-old and 3-year-old twins.

When she was asked what name she goes by, she said: “It is still Dawes. But my husband gets on me to change it to Dominique Thompson.”

Her husband, a former professional basketball player, said of Dawes: “She is amazing. I want to elevate her as a mother, wife and businesswoman.

“I see the business as a calling. I look at her all the time, and as a man, I have to put the ego aside because she is so well-loved, and let her be the mother and the wife. It is often a complicated road to navigate,” he said.

Milton Kent, a professor at Morgan State University, said Dawes was clearly a trailblazer for modern athletes because at the time she was competing, the Eastern Europeans set the standards in gymnastics and the Americans were not serious contenders.

“They were controlled by Béla Károlyi, the Hungarian [coach] who had a big influence in the U.S.,” Kent said. “Dominique had her own private coach, Kelli Hill.”

Kent said [multi-medal-winning Olympian] Simone Biles and other gymnasts owe much to Dawes. But now Dawes wants to chart a new course for her students.

“In terms of some parents, they don’t really [understand] the journey and the level of sacrifice it takes for a young child,” she said.

“I want to be part of the change by creating a healthy environment. I see life different now that I am a mother of four kids. I now see things in terms of my children and as a protective parent. … I am going to be part of the parents who really care.”