The artists have distinguished themselves in music, TV, theater and film. 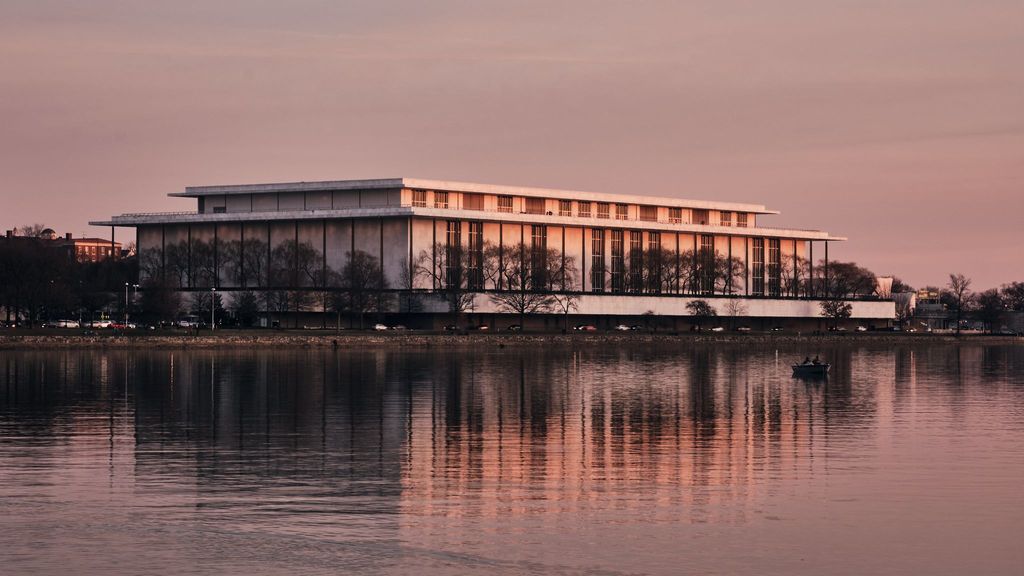 WASHINGTON — The founder of Motown Records and the producer of “Saturday Night Live” are among the five artists who will be honored with lifetime achievement awards at the Kennedy Center in Washington, D.C., later this year.

“This year’s honorees represent the unifying power of the arts and surely remind us of that which binds us together as human beings,” Kennedy Center President Deborah F. Rutter said in a press release. “These artists are equal parts genius, inspiration and entertainment.”

Gordy, a Detroit native, parlayed early efforts at songwriting into the founding of Motown Records, the storied label that launched the careers of legendary singers and groups, including Smokey Robinson and the Miracles, Stevie Wonder, Diana Ross and The Supremes, Michael Jackson and The Jackson 5, Marvin Gaye, Lionel Richie and the Commodores, Martha Reeves and the Vandellas, The Temptations and Gladys Knight and the Pips.

“In the 1960s, Gordy moved his artists into television, being among the first black artists on shows like ‘American Bandstand’ and ‘The Ed Sullivan Show,’” a Kennedy Center press release states.

“Actively involved in the Civil Rights movement, he released the recorded speeches of Dr. Martin Luther King Jr. Expanding to films, his movies include ‘Mahogany,’ his directorial debut, and ‘Lady Sings the Blues,’ which garnered five Academy Award nominations.”

Gordy said in a press release: “The arts not only give voice to the voiceless, but connect us, transform us, and soothe our souls. … I am thrilled to become a part of this prestigious American legacy.”

Michaels created the comedy-sketch show “Saturday Night Live” in 1975 — the most Emmy-nominated show in television history. He has served as producer or executive producer for all but five years of its 46 seasons. The show has launched several actors to film stardom, and Michaels has produced several of their movies. He also produced TV shows “30 Rock” and “The Tonight Show Starring Jimmy Fallon.”

On Broadway, Michaels produced and directed ”Gilda Radner – Live From New York” and recently produced “Mean Girls,” the Tony-nominated musical based on the hit movie.

“Michaels’ 93 Emmy nominations are the most ever for an individual. He received the 2004 Mark Twain Prize for American Humor, and in 2013, earned the rare honor of an individual Peabody Award. In 2016, Michaels was awarded a Presidential Medal of Freedom, the nation’s highest civilian honor,” the Kennedy Center said in a press release.

“The Kennedy Center’s commitment to the performing arts has always been an important force in American culture. Being acknowledged here and included in this company is an honor in the truest sense. I am deeply grateful,” Michaels said in a press release.

Midler’s career spans performances on the musical stage, in theater and on television. She has won two Tony awards, three Emmy Awards, three Grammys, four Golden Globe Awards and nine American Comedy Awards, in addition to two Academy Award nominations for “The Rose” and “For the Boys.”

“In addition to her career as a performer, Midler is active in various social causes and in 1995 founded the New York Restoration Project, an open space conservancy and New York City’s largest private land trust,” the Kennedy Center stated. “With her fresh and audacious perspective, Bette Midler is a living legend.”

Midler said in a press release: “I am profoundly touched by this honor; in fact, I am stunned and grateful beyond words. For many years, I have watched this broadcast celebrating the best talent in the performing arts that America has to offer, and I truly never imagined that I would find myself among these swans.”

Mitchell’s music rose from the folk tradition, but she was also influenced by pop, rock, classical and jazz. She emerged as a singer/songwriter in the 1960s, with “Woodstock” one of her hits — though she did not attend the storied 1969 festival. She wrote and arranged her songs and produced her albums, and designed most of her album covers. She is the winner of multiple Grammys and the Polar Music Prize. She has been inducted into the Grammy Hall of Fame, the Rock & Roll Hall of Fame and the Songwriters Hall of Fame.

“She is an icon of modern music and one of the most influential creators of our age,” the Kennedy Center stated. “Nearly 60 years after her first performances in Canadian coffee shops and nightclubs, the legend of Mitchell’s genius continues to grow.”

Mitchell said in a press release: “I’m grateful to the Kennedy Center for bestowing this honor on my work and I look forward to being a part of this prestigious celebration of the arts. I wish my mother and father were alive to see this. It’s a long way from Saskatoon.”

Díaz’s career has taken him from his boyhood in Puerto Rico, where he began performing at age 8, to opera stages in New York, Washington, D.C., and Europe. Since his operatic debut in 1957, he has performed at numerous venues, including La Scala, Paris Opera, the Vienna Staatsoper, Spoleto Festival, Rome Opera and the Royal Opera in London.

Díaz played the role of Iago opposite Plácido Domingo in 1986 in Franco Zeffirelli’s film adaptation of “Otello.”

“Throughout his career, Díaz sang with leading symphony orchestras around the world under the direction of the most celebrated conductors,” the Kennedy Center stated. Díaz has also made many recordings of opera and oratorios.

“It is especially thrilling for me because 50 years ago, I sang as the male lead in Ginastera’s ‘Beatrix Cenci’ on the Opera House stage at the Kennedy Center’s grand opening — the night after [Leonard] Bernstein’s “Mass.” I was the first operatic voice to christen the walls of this wonderful institution all those years ago, and I am beyond honored to return to this stage to have such a distinction bestowed on me,” Diaz said in a press release.

The awards will be presented during a live gala on Dec. 5 that will be broadcast on CBS at a later date.