The great-grandson of the Indian leader made a repatriation request for the legendary shirt after 113 years of foreign custody. 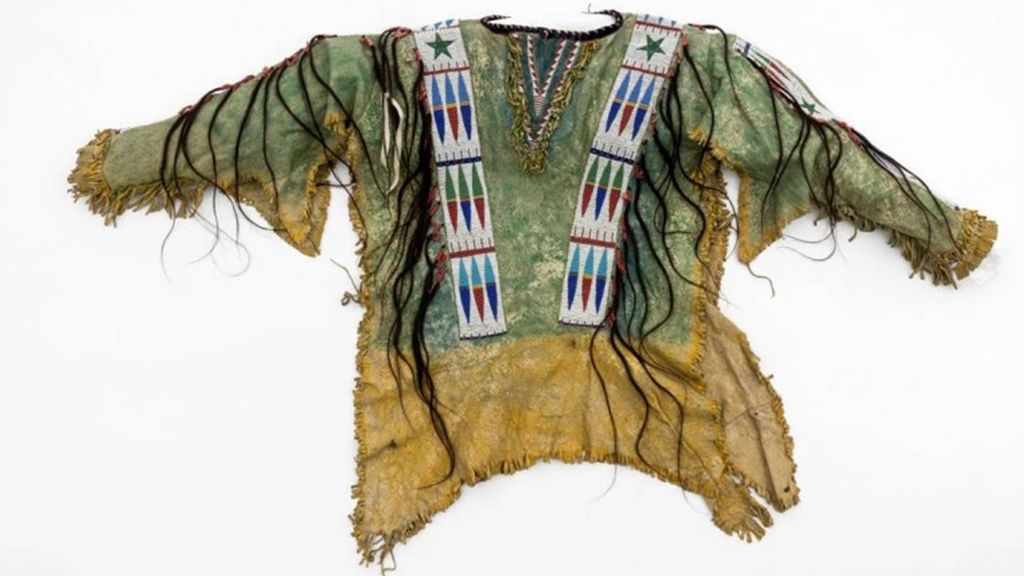 A historic leather shirt that belonged to Native American Brule Lakota leader Hollow Horn Bear has been returned to his family after it was kept in a German museum for over 100 years.

The Museum of World Cultures located in Frankfurt, Germany, returned a leather shirt that was owned by Native American Chief Daniel Hollow Horn Bear to his American family on June 12.

Hollow Horn Bear was a Brule Lakota leader who fought in many battles of the Sioux Wars between the U.S. and several Native American tribes and First Nations peoples in North America, including the Battle of Little Bighorn — a landmark victory of Indians taking control of their land by white settlers.

The battle, which was the most significant action of the Great Sioux War, was fought between combined forces of the Lakota, Northern Cheyenne and Arapaho tribes and the 7th Cavalry Regiment of the United States Army.

After the wars, Hollow Horn Bear served as police chief of the Rosebud Indian Reservation and was even featured on a 1922 U.S. postage stamp.

The Museum of World Cultures acquired the famous shirt through an exchange with the American Museum of Natural History in New York in 1908 and had kept it for 113 years. The American museum had received it in 1906 as part of a large collection from New York millionaire James Graham Phelps Stokes. The circumstances under which the shirt previously came into his possession remained unknown.

However, after Daniel Hollow Horn Bear’s great-grandson Duane visited the Museum of World Culture and saw the shirt in 2019, he made a repatriation request to the authorities and explained the religious significance of the shirt to his people.

The museum agreed, and the shirt was given to Duane Hollow Horn Bear two years later in the Rosebud Indian Reservation in South Dakota.

Friends of the Museum of World Culture helped the organization finance the shirt’s transport to the U.S.

“Provenance research is one of the great challenges of museums in the 21st century. The museum scene of Frankfurt has been taking this challenge very seriously for years and is subjecting its collections to systematic revision,” said Ina Hartwig, head of the culture and science department in Frankfurt.

“Even though it might be seen as a loss because the object was legally acquired by the Museum of World Culture, I see the return of the leather shirt to Chief Duane Hollow Horn Bear as an obligation that outweighs the formal legal situation.”

The Brule Lakota leader’s family celebrated the moment of repatriation of the precious lost item.

Hollow Horn Bear died of pneumonia on March 15, 1913, at Providence Hospital after he attended a ceremony at the National American Indian Memorial, where he spoke on behalf of the tribes.

He also took part in the inaugural parade for President Woodrow Wilson in Washington, where he greeted him with a peace pipe made of South Dakota red clay.