The natural transparency findings have human applications — such as increasing the efficiency of solar panels. 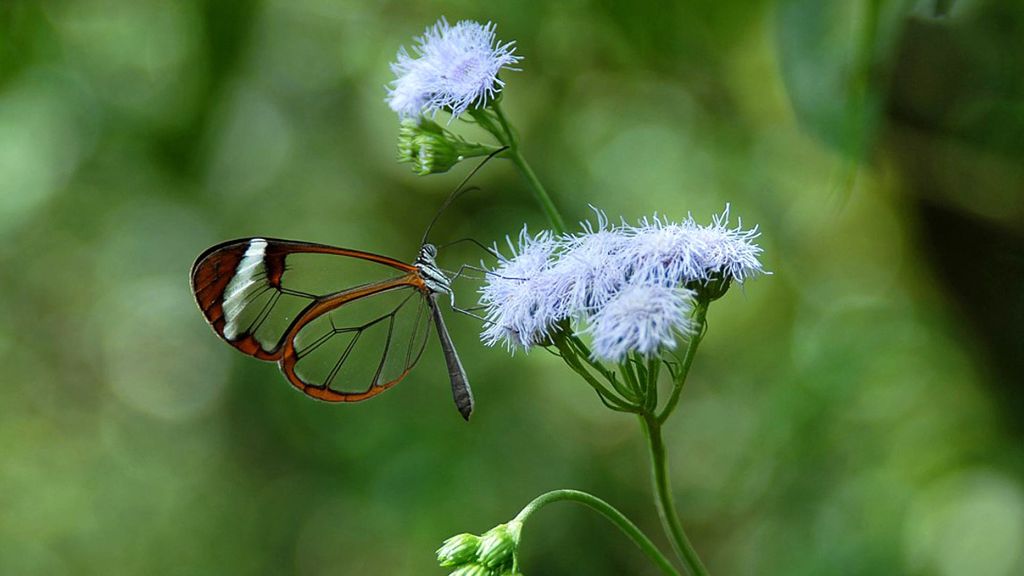 A butterfly that keeps out of sight from predators, thanks to its transparent wings, lands on a damp leaf in a South American rainforest.

The footage was captured by Aaron Pomerantz, one of the researchers from the Marine Biological Laboratory in Massachusetts, who has been studying these insects to understand how they grow their ‘invisible’ wings.

The glasswing butterfly (Greta oto) is primarily found in central and northern parts of South America. Spanish-speaking locals call them espejitos, which translates in English as little mirrors.

“So we asked what is the actual developmental basis of how they create their transparent wings?” he said.

The coloration of butterfly wings has been studied, but there is scant research on how some species grow invisible wings.

The researchers used scanning electron microscopy to construct a developmental timescale of how transparency emerges in glasswing butterflies. They monitored the process from pupal stage to adulthood.

The scales that give color to the wings of most butterflies are far less dense in the wings of the glasswing, which have thin bristle-like scales instead.

“What Greta oto does is to make fewer scales and to make them in these different, bristle-like shapes,” Nipam Patel, Marine Biological Laboratory director and the paper’s co-author, said.

“But getting the scales out of the way is only part of the problem of creating transparency,” Patel said.

“As humans, we think we’re so brilliant because we figured out how to put an anti-glare coating on glass, but butterflies basically figured that out tens of millions of years ago,” said Patel.

Scientists also discovered another key component to the wings’ transparency, a layer of waxy hydrocarbon nanopillars, a technology in nanostructures.

Researchers carried out several experiments that measured the amount of light reflected off the wings and found the layer of waxy hydrocarbon nanopillars is a crucial part of the camouflage system, providing further anti-reflective properties.

The waxy layer is mostly composed of long-chain n-alkanes, similar to those found in other insect species. “But in this case, it seems like they’re used for these anti-glare properties, as well,” Pomerantz said. “If we can learn more about how nature creates new types of nanostructures, it could be informative for human applications.”

He hopes the findings of natural transparency would help increase the efficiency of solar panels by absorbing a higher amount of light before it can be turned into electricity.