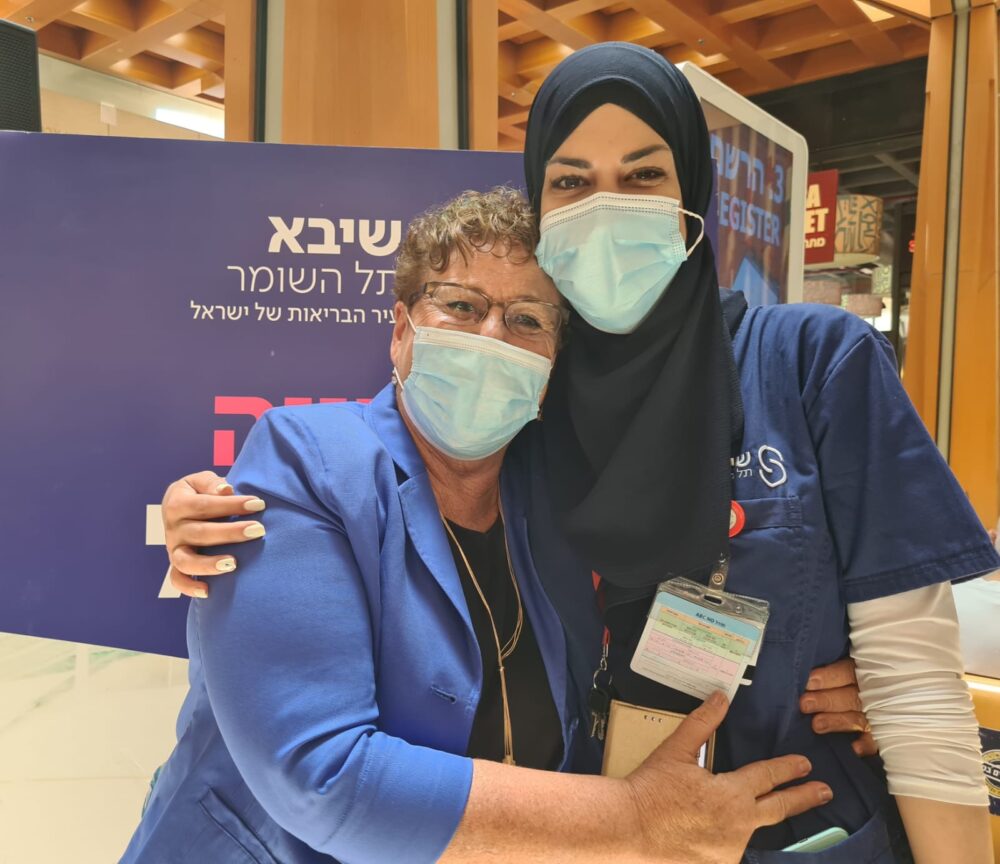 Medical staff at Sheba Medical Center in Tel Hashomer and Rambam Medical Center in Haifa, came together in solidarity May 13 to call for peaceful coexistence and cooperation between Jewish and Arab medical personnel during times of crisis.

At Sheba, the staff, consisting of both Jewish and Arab doctors and nurses, stressed the importance of solidarity and cooperation.

Standing next to an Arab staff member named Lena, Peretz praised her professionalism and dedication.

At Rambam Medical Center in Haifa, the mixed staff launched a joint social-media campaign showcasing Jews and Arabs working together, displaying messages of peace in Hebrew and Arabic.

In a special message to the staff, Rambam Director General Dr. Michael Halbertal stressed the importance of solidarity and cooperation, urging them not to lose sight of the hospital staff’s main goal — helping people.

In his letter, he wrote: “Rambam is a hospital where members of all sects and religions work side by side to achieve one single goal — helping our patients heal, and making their stay as easy as possible.

“I strive, hope, and believe that Rambam, as a family consisting of many individuals, will remain a bastion of sanity inside this complex, just as we have proven to be during all the difficult challenges we’ve faced together in recent years. We built a special home here, which we maintain as a harmonious and inclusive place, which I personally, am proud to be a part of.”