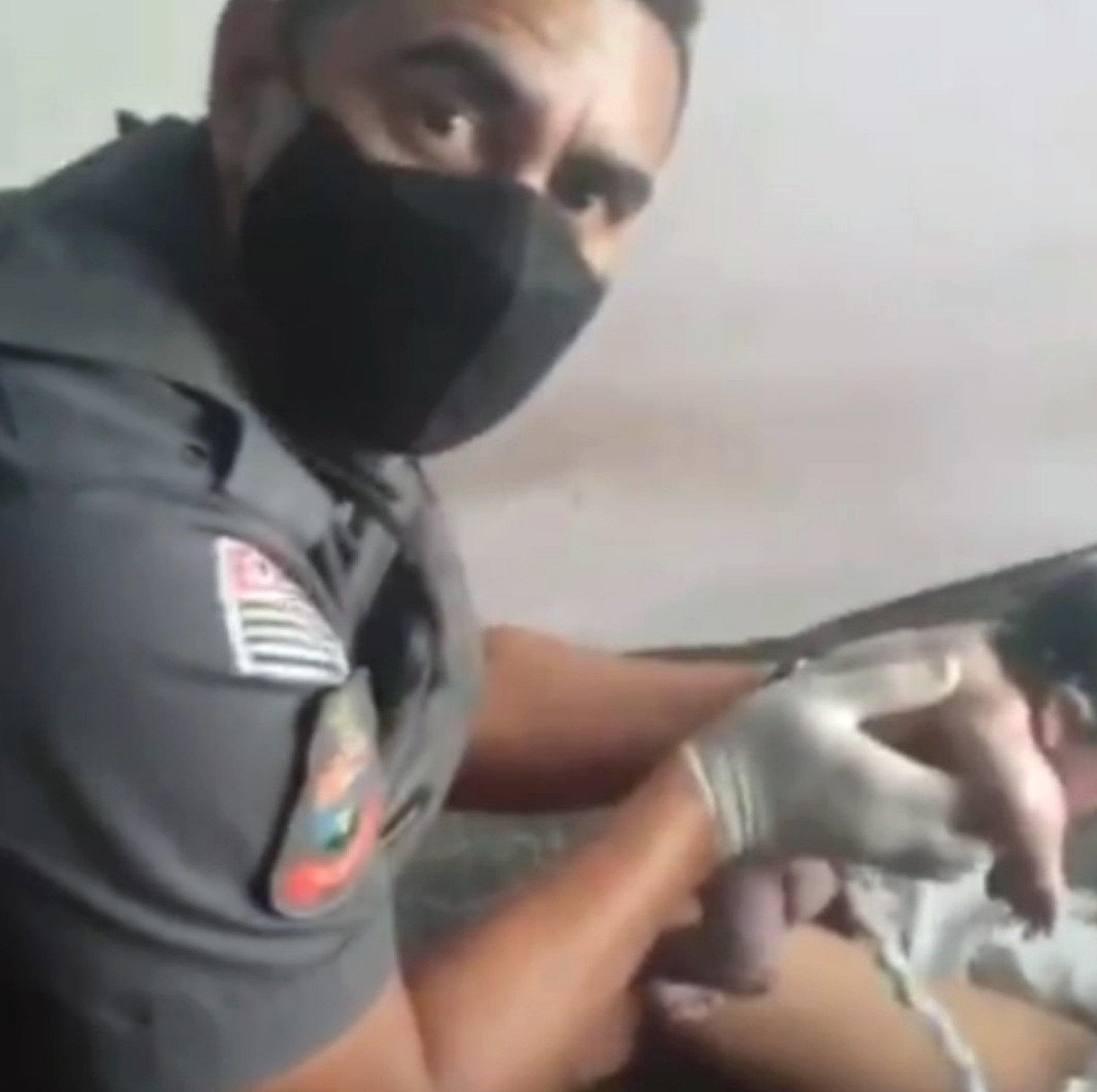 A Brazilian police officer helped an expectant mother give birth at home when there was not enough time to get her to a hospital.

The birth was captured on video inside the home of the woman, who was not named, in the Guaianases district of Sao Paulo, Brazil on April 23.

Authorities said they received a call from the pregnant woman asking for assistance, as she was going into labor. Police arrived at the scene and quickly determined the woman was too far along in labor to get her to a hospital.

After helping with the delivery, the video shows an unidentified officer holding a crying newborn boy up to the camera, as his exhausted but happy mother looks on.

The officer then hands the infant to the new mom, at which point she says the boy’s name is Lucas. She then places him on her stomach.

Both mother and child were taken to a nearby emergency room, where they received further medical care.

(Edited by Fern Siegel and Matthew B. Hall)