Producer Fede Alvarez and director David Blue Garcia take an ‘old-school’ approach to the ninth installment in the franchise. 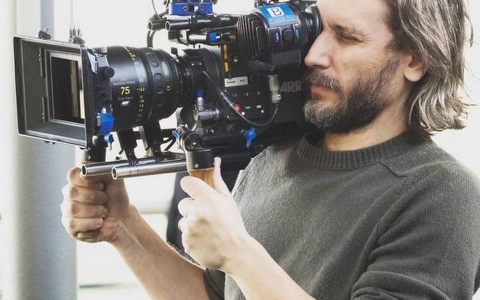 Director Fede Alvarez has confirmed he will produce a direct sequel to the 1970s horror classic “The Texas Chainsaw Massacre,” coming out later this year. David Blue Garcia will direct.

On  Bloody Disgusting’s “The Boo Crew” podcast, Alvarez said: “It is a direct sequel. It is old man Leatherface.” He said special effects for the film “are classic, old-school gags. A lot of the approach that we had with ‘Evil Dead’ — never VFX, to do everything on camera. It’s a very old-school approach to filmmaking. Vintage lenses &mldr; it’s very similar to the original film.”

In “The Texas Chainsaw Massacre,” a group of young people is traveling in rural Texas. They take a detour, leading them to fall into the clutches of a demented family of cannibal killers. As they fight to escape, they are hunted by Leatherface, a chainsaw-welding psychopath who wears a mask of human skin.

Leatherface’s mask has become an iconic villain image in cinema. This film spawned seven sequels —  “Leatherface” from 2017 is the most recent.

Alvarez, a Uruguayan filmmaker, is a director, writer, producer and editor. His feature-film directorial debut was the 2013 remake of Sam Rami’s horror classic “Evil Dead.” He co-wrote this film with Rodo Sayagues, his frequent co-writing collaborator. . They have also collaborated for “Don’t Breathe” and the upcoming sequel “Don’t Breathe 2.” Recently, Alvarez directed and co-wrote “The Girl in the Spider’s Web.”

Garcia is an Emmy award-winning cinematographer, camera operator and director based in South Texas. His directorial feature film debut “Tejano,” which aired on HBO, is a neo-noir film with a bilingual Tex-Mex theme. It follows the harrowing journey of a young farmhand so desperate for money for his ailing grandfather, he reluctantly agrees to smuggle drugs across the Mexico-U.S. border for a cartel.

In 2020, Garcia took over as director for “The Texas Chainsaw Massacre” after the original directors, Andy and Ryan Tohill, left over creative differences.

This version of “The Texas Chainsaw Massacre” will be the ninth installment in the franchise.