When used in tea, the plant serves as a home remedy for a cough. 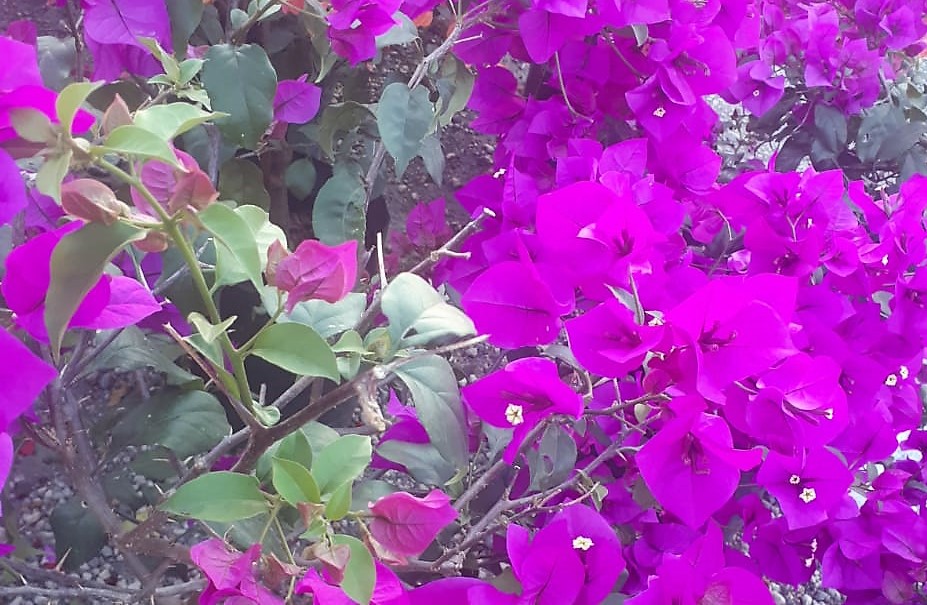 By Carlos Ramírez and Vanessa Sam

With the arrival of spring in Mexico and other Latin American countries, bougainvillea flowers begin to bloom.

The plant is named after French Navy admiral and explorer Louis Antoine de Bougainville, who circumnavigated the globe in the 1760s. Bougainvilleas grow year round in rainy areas with semi-warm to temperate climates. Mexicans use them in gardens, although the species thrive in rainforest and mountainous regions.

The plant grows in vines that can reach 40 feet in length. It is what Mexicans call a climbing bush: it twines, attaching itself to other plants through its woody stem and spikes. In central Mexico, it is common to see bougainvillea vines hanging from the walls like colorful rugs.

Bougainvillea plants have elongated leaves and bundles of three flowers with striking colors: yellow, pink, purple, red and orange. The flowers bloom primarily in the fall and spring, with brighter colors in early spring.

In addition to its colors, this flower scores points for its medicinal properties.

“You can make a bougainvillea tea,” says Oropeza. “It’s an old home remedy for when you have a cough.”

The plant does not need much care, says Eduardo Martínez Urrea, the Verde Vida nursery owner in Veracruz, Mexico, although it is sensitive to cold weather for the first few years. As it grows, it becomes stronger and more weather-resistant.

“People buy it because it has beautiful flowers. We sell it for 65 pesos [$3], and thanks to the hot and humid weather of the coastal areas, it can be planted and kept easily,” said Martínez Urrea. “In the past, we sold around 10 plants per month; now we sell more, thanks to social media.”

On a less practical perspective, Oropeza remembers why so many Mexicans like to have bougainvillea plants in their houses: “I remember people said they were the lovers’ flowers.”

(Translated and edited by Gabriela Olmos; edited by Matthew B. Hall)

(Edited by Gabriela Alejandra Olmos and Matthew B. Hall)

«Previous Post
Class Of COVID-19: Graduates Struggle Through The Pandemic»Next Post
What It Takes To Become A Pageant Winner In Venezuela