Home is wherever their epic trek across the Americas takes them. 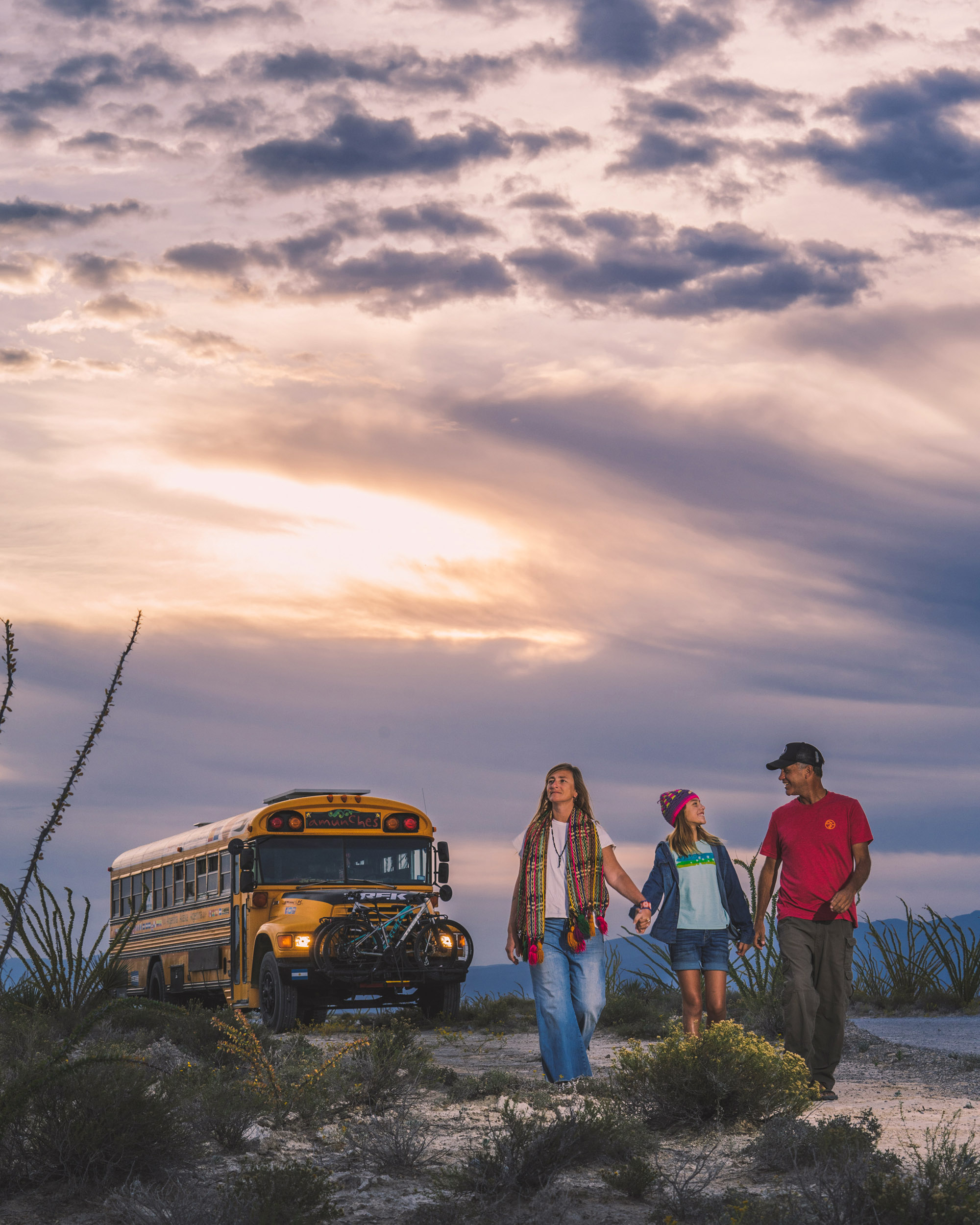 Two Argentinians who quit their jobs to travel  have now spent 17 years on the road, crisscrossing the Americas and having a child.

What started as a passionate dream for Patricia Fehr, 46, and German de Cordova, 54, became their livelihood. Speeches about traveling, school lectures, their online travel log and picture books cover their modest expenses.

Zenger News spoke with the couple and their 11-year-old daughter, Inti, in Mexico. Given the pandemic, they temporarily live in a refurbished American school bus.

Fehr and Cordova met 30 years ago in their hometown of San Nicolas de los Arroyos in Argentina. He was 24, she was 16, and they wanted to travel the world.

Cordova courted Fehr for a few months before finally winning her over.She envisioned becoming a “border teacher” who travels to provide lessons in the isolated towns and mountain villages. He was anxious to see other places. They made a plan to travel for a year, Fehr said.

In 1996, the couple left town  together, when Cordova’s employer transferred him to a city in Patagonia.. “The idea of our planned journey was still strong, and we started saving money,” Fehr recalled. While their friends got married and started families, they waited to set off on their adventure.

Argentina was hit by a deep economic crisis and staggering inflation in 2003, and the couple’s savings were depleted.

So they made a tough decision, raised a modest sum and purchased a Land Rover. They pulled out the back seat and installed a rooftop tent and a camping gas kitchen in the vehicle, which would serve as their home. Then they quit their jobs and on March 10, 2003, finally set off on their dream trip.

“The plan was simply to travel for a year and then return to Argentina, or settle permanently somewhere else,,” said Fehr.

But en route, they realized they enjoyed the journey itself, meeting people, and exploring new places. Along the way they had a child and exchanged the Land Rover for an American school bus to have more space. And they are still on the road today.

The couple have crisscrossed South, Central and North America over the years, and also spent a stint in Europe.. They share their daily routines, experiences and pictures with followers on Facebook and Instagram under the name ”Amunches,” which means “travelers” in Mapuche language.

Their most special moments typically involve the people they meet off -the-beaten track. Their journey started in Bolivia and Peru, where they visited the Titicaca Lake and became acquainted with one of South America’s oldest original civilizations, the Uru people.

Their next destination was Colombia, where they adopted a dog, which they named after the country and still have.

The latest leg of their endless journey took them to North America. By that time, Fehr was seven months pregnant and the Land Rover had started feeling too small for a family.

Rather than go home, they relocated to Malaga, Spain, where they had friends. That’s where Inti was born.

“The idea was to find and buy a more roomy and comfortable vehicle, edit a book with pictures taken during our trip and keep going through Europe. But then Inti was born and things changed,” Fehr said.

The small family decided to returned to the U.S., where they found a retired yellow American school bus.

Why not buy a motor home?

“We thought it was better adapted to the reality of Latin America,” she explained.

“We thought about something simple and more environmentally friendly, and the bus was refurbished to meet those criteria,” she said. In fact, the bus, decorated with pictures of their trips, has a dry bathroom system that doesn’t use water. The organic waste material is turned into compost.

This bus has everything they need, and they travel all around Latin America, while Inti attends online school lessons provided by the Ministry of Education of Argentina.

“The evaluations are done every two months and are sent by email,” Fehr explained.

“We find that the quality of the general education system has deteriorated over the past years. We value the distance learning and  self-education through motivation and interests that our daughter gets,” she said.

Many assume traveling nonstop and living in a bus must be a lonely existence, but Fehr strongly disagreed.

“Our social life is very active,” she said.

They also maintain contact with their families back in Argentina, and Inti is in touch with cousins, other relatives and friends she meets on the road.

Their journey has also taught Fehr an important lesson about life.

“I’m shocked about the lack of freedom people have to choose their own destinies,” she said. In her experience, privilege and wealth do not guarantee a higher quality of life.

In poorer areas, she often notices  kids play with fewer things and have more fun. Families work together and communities are tightly knit. At the same time, “it would be much better if everybody had the same opportunities to pick their own direction in life,” she said.

The family is visiting a Nayarit community in Mexico and have decided to stay there until the coronavirus situation improves and it is safe to move on.

The family’s credo is not to plan too far ahead.

Fehr encourages people to be more spontaneous and pursue their dreams, regardless of their fears and insecurities.

What’s the most important lesson a life on the road has taught her?