The lab was equipped with lighting, air conditioning and a generator that was illegally connected to the power grid. 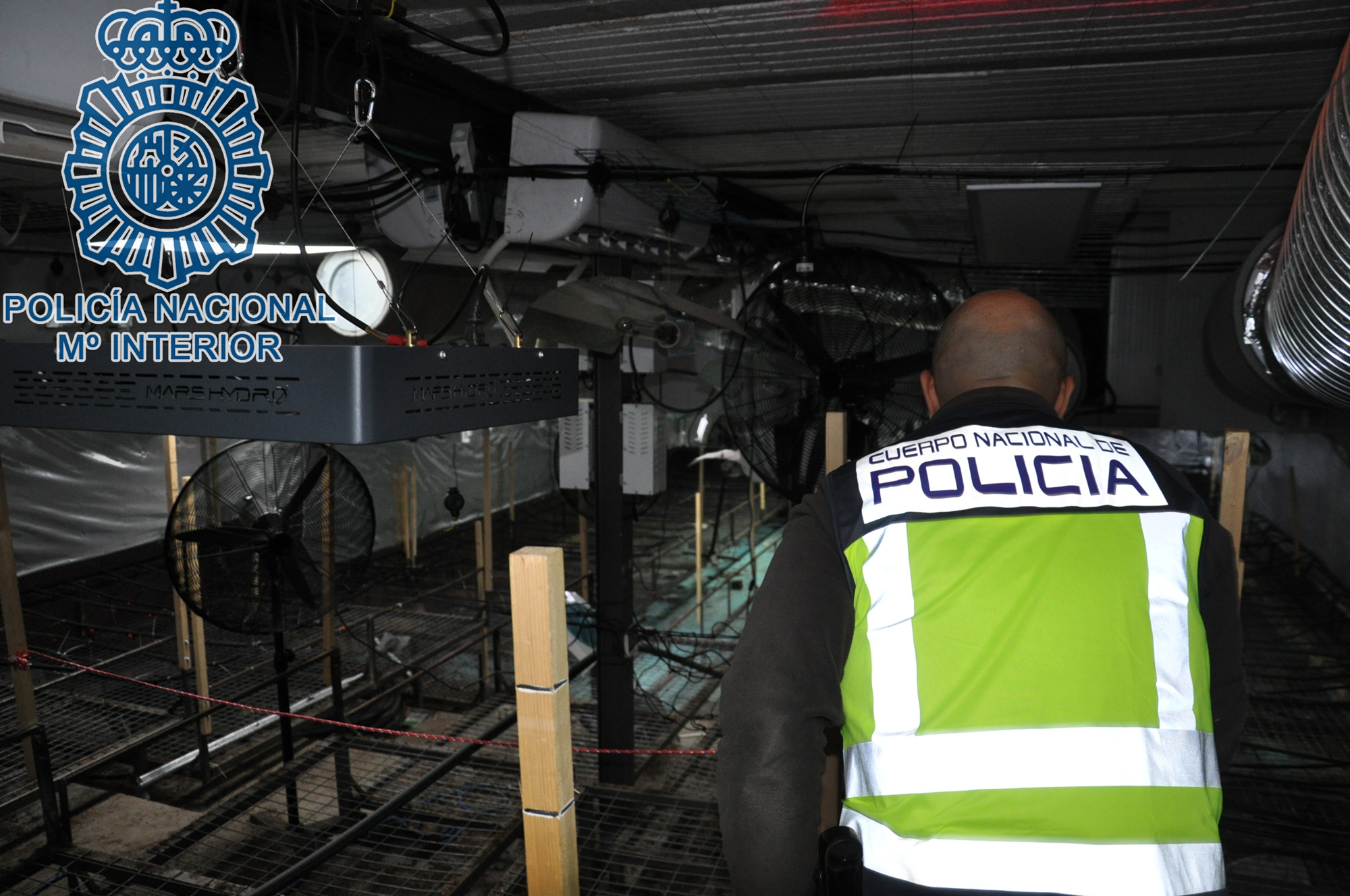 More than 551 pounds of marijuana were recently seized from the 2,153-square-foot, underground plantation in Moron de la Frontera, the National Police shared on social media on Nov. 3.

Police began investigating the location after receiving a tip and accessed the covert lab through a small building connected to the tennis courts. Once inside, officers found the facility was using lighting, air conditioning and extractors to create the ideal conditions for growing the plant. The lab also housed a large generator, estimated to be worth around $83,000, that was illegally connected to the national power grid.

In addition to the marijuana, police confiscated a vacuum packer, a truck used to transport the drugs, 15 air-conditioning units, 20 fans and 60 LED lamps.

While they were monitoring the suspects, officers learned of another plot dedicated to the cultivation of cannabis in the town of Marchena, about 16 miles away. At that site, police seized 44 pounds of marijuana, a fake firearm, four reflective vests, various items stolen from the police and a high-end vehicle.

The suspects are facing charges of crimes against public health and electricity theft. Three are still being held in custody.

As Spain’s tourism industry takes a hit amid renewed restrictions to combat the coronavirus pandemic, authorities worry the country is turning into a European hub for marijuana. Legal cannabis clubs exist there, but police have expressed concerns that some may be operating as fronts for organized crime and trafficking groups to fuel the illegal drug market. Law enforcement has also pointed to social acceptance, low prices and ambiguous drug laws as contributing factors to the industry’s boon.

Separately, crime boss John Gilligan, linked to a dangerous drug-trafficking group, was arrested in Spain on Oct. 23. Gilligan, who has been linked to the murder of an Irish journalist, was seized in a raid by Spanish police, who said he “specialized in sending narcotics abroad.”